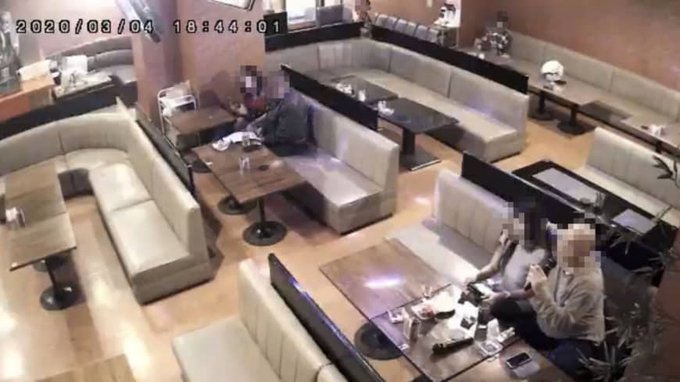 TOKYO, March 18 (Xinhua) -- A man infected with COVID-19 who went to a pub earlier this month saying he wanted to "spread the virus" died Wednesday at a hospital in central Japan, local media reported.

Local police launched a probe into the man last Friday, a day after a woman in her 30s tested positive for the virus having contact with the man at the Filipino pub in Aichi Prefecture.

The police had planned to question him after he left the hospital.

The 57-year-old man was on suspicion of interfering with business activities as he went to the pub after learning his infection and expressed his desire to "spread the virus."

He visited the Filipino pub where the woman worked despite authorities' instructions to stay indoors on March 4, the same day he tested positive for the virus, according to officials.

The woman developed a fever on March 8 and currently has a sore throat. She is in stable condition but is scheduled to be hospitalized.

The man stayed there for around 40 minutes and told an employee at the pub that he had tested positive for the virus, prompting the staff to report him to the police and a health center.

Following the report, police officers in protective gear hurried to the pub, which also had to be disinfected by health officials.

The man said he also went to a bar that same night and stayed there for 15 minutes but did not speak of his infection.

Before going out by taxi on March 4, the man told his parents he wanted to "spread the virus," according to the city officials. His parents had also been found to be infected.