Experts look into durability of virus in food chain, with focus on cold storage 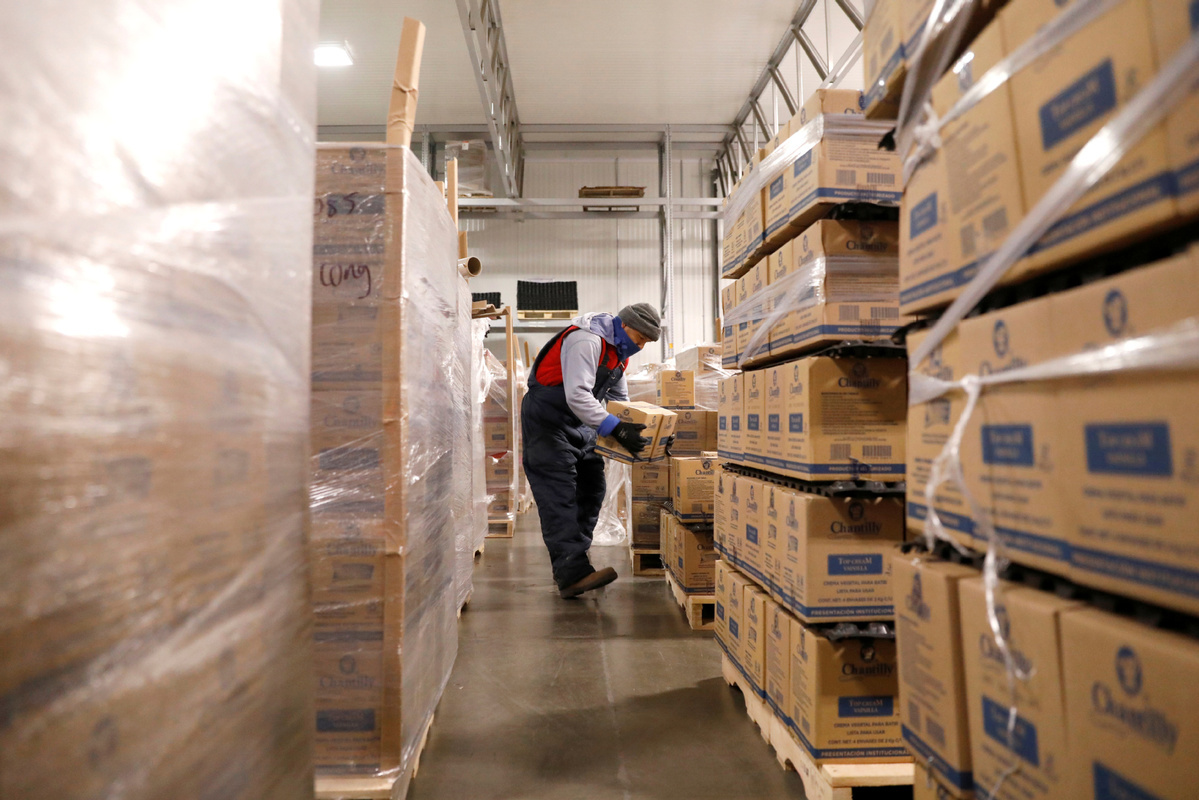 An employee works with frozen food, inside a large refrigerated chamber at Ecofrio company in Tlalnepantla state of Mexico, Mexico Feb 27, 2020. (Photo: Agencies)

Can the coronavirus be carried on the packaging of refrigerated food?

It is a question scientists around the world are debating as more cases appear to come from frozen food packaging such as cardboard and plastic.

While the incidence is low, it nevertheless poses serious questions for global supply chains.

And despite the very limited likelihood of catching COVID-19 from packaged refrigerated food, an element of risk remains, scientists said.

The recent outbreak in New Zealand, which had been coronavirus-free for 102 days until fresh cases were recorded on Aug 11, came as a complete surprise to the nation of 5 million.

The source of the outbreak was traced to a cold storage facility which handled imported frozen foods.

It was first thought the virus had been brought in on the packaging of frozen food－a theory now under investigation in China, which has had similar cases in recent weeks.

On Aug 18, New Zealand's health department said the virus did not originate from frozen food shipments.

"It seems clear now that the possibility is being ruled out from that investigation," said Director-General of Health Ashley Bloomfield, according to Reuters, without supplying details of the investigation.

While the virus can survive at low temperatures, the question is for how long.

Sacha Stelzer-Braid, a virologist in Australia at the University of New South Wales, said the COVID-19 virus can remain infectious at low temperatures.

"We store the virus in freezers," she said. "While the virus can survive in low temperatures, its infectivity will diminish over time."

However, she doubts that refrigeration is a primary source for infection. "The evidence we have so far is that the virus is transmitted via droplets in the air, not on the wrapping of food products.

"If you work in cold storage and have the virus, you are excreting it as you cough or sneeze. The droplets while airborne will eventually land on the coating, such as plastic."She said the coating will remain infectious during transport.

When the products arrive, they are unpacked, but the probability of getting the virus is "very low", she said, adding that the longer the virus remains frozen, the "weaker it becomes".

Tim Newsome, an associate professor and a virologist at the University of Sydney, said there are "no simple answers, as transmission is a complex chain of events".

"How long it can last on packaging in the real world will depend on all of these parameters," Newsome said.

"Another question that needs more work is how do you get the virus from packaging to causing disease in your lungs, and what quantities are needed."

Donald Schaffner, a professor and director of Rutgers' food science graduate program in the United States, said the virus can survive for long periods of time under frozen conditions.

"The primary risk is with the packaging," Schaffner told NJ Advance Media on July 31.

Associate Professor Rowland Cobbold from the University of Queensland, an expert in zoonotic diseases, as well as food safety in meat and microbiology, said:"Like many viruses, COVID-19 survives better in colder temperatures."

But how long it can survive depends on the specific environmental conditions, he said.

Those conditions range from temperature, humidity and ultraviolet exposure to the surface where the virus is located, he said.