WORLD Inflation in Germany climbs to 10-year high in May

Inflation in Germany climbs to 10-year high in May 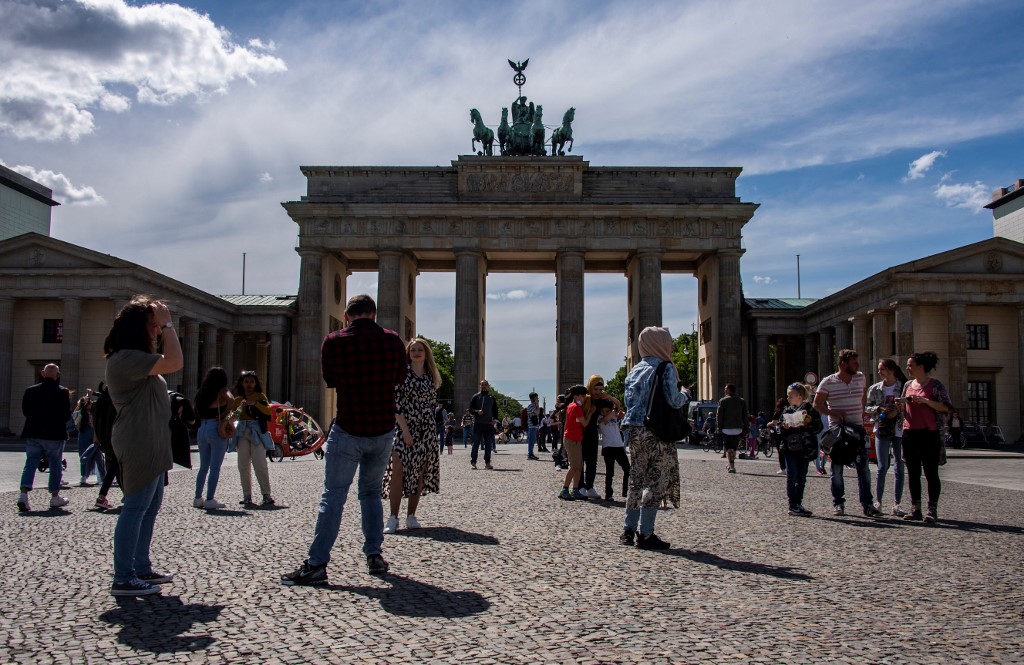 People gather in front of the landmark Brandenburg Gate in Berlin on May 24, 2021, amid the coronavirus pandemic. (File photo: AFP)

Inflation in Germany has been rising since the temporary reduction of the value-added tax (VAT), a government measure to mitigate the effects of the COVID-19 pandemic, ran out at the beginning of the year.

As global crude oil prices recovered from the COVID-19 crisis, energy prices in Germany were up 10.0 percent year-on-year, according to Destatis.

The increases in energy product prices had a "clear upward effect on the inflation rate," Destatis noted. If excluding energy prices, inflation in Germany in May would have stood at 1.8 percent.

Food prices in Germany rose below average level and increased by 1.5 percent year-on-year. Tobacco products, bicycles and e-bikes as well as plants and flowers recorded "marked price rises" between 3.9 percent and 7.6 percent, according to Destatis.

Notable price decreases were recorded for mobile phones, with minus 6.9 percent, as well as for railway tickets, with minus 4.7 percent, according to Destatis.

For the second half of the year, the Ministry for Economic Affairs and Energy (BMWi) is expecting inflation at around three percent before it decreases significantly again at the beginning of 2022.