WORLD Influential COVID-19 model projects over 134,000 deaths in US by early August

Influential COVID-19 model projects over 134,000 deaths in US by early August 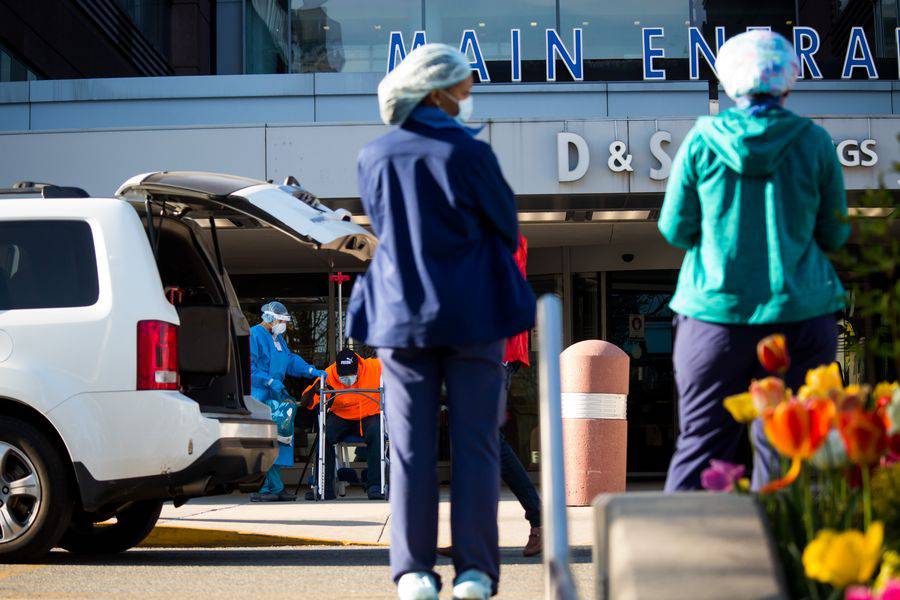 WASHINGTON, May 4 (Xinhua) -- An influential COVID-19 model produced by the University of Washington revised its projections on Monday, estimating over 134,000 COVID-19 deaths in the United States through August.

The model, from the Institute for Health Metrics and Evaluation (IHME) at the University of Washington, projected 134,475 COVID-19 deaths by August 4.

"These projections are considerably higher than previous estimates, representing the combined effects of death model updates and formally incorporating the effect of changes in mobility and social distancing policies into transmission dynamics," said the IHME in a release.

New York, New Jersey, Pennsylvania, Massachusetts, and Michigan are projected to have the highest cumulative COVID-19 death tolls through August.

While these states have generally been among those with the highest predicted tolls from COVID-19, each of their cumulative death projections have increased by at least 2,000, said the IHME.

"This is due in part to updates to death data and modeling approaches, with the latter now estimating longer epidemic peaks and slower downward trajectories following those peaks in many locations," said the release.

The updated modeling approach indicates that the United States appears to be in a prolonged epidemic peak, averaging near or over 2,000 predicted COVID-19 deaths a day for the last few weeks, according to the IHME.

After weeks of shutdown measures, many states of the United States have begun to slowly open up. But health experts have expressed concern that premature opening could lead to a spike in new COVID-19 infections.