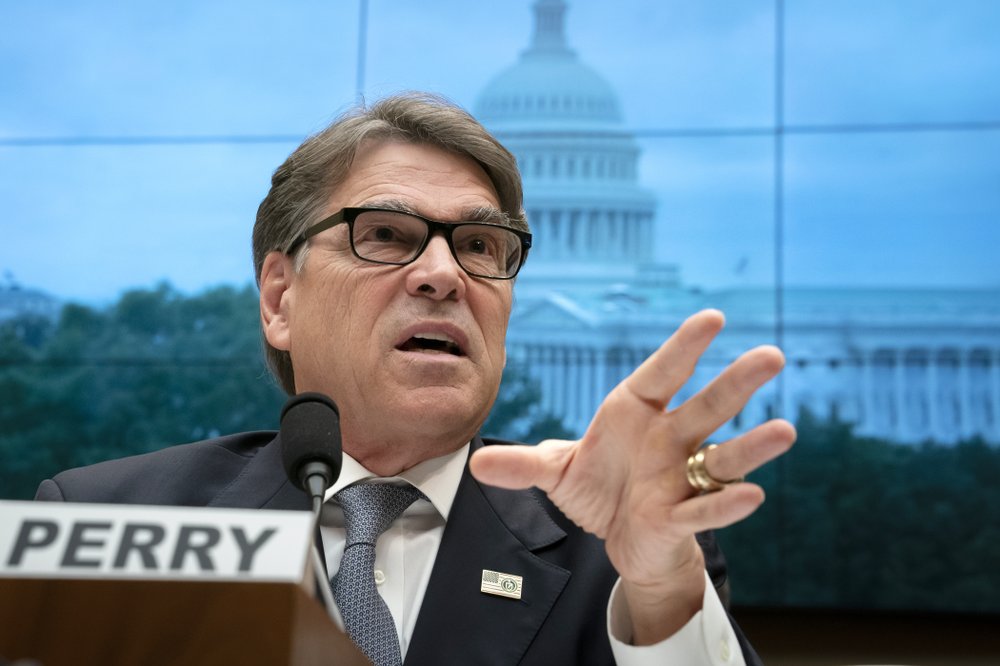 FILE - In this May 9, 2019 file photo, Energy Secretary Rick Perry testifies before the House Energy and Commerce Committee on his future budget request, on Capitol Hill in Washington. (Photo: AP)

The Latest on the impeachment inquiry against President Donald Trump (all times local):

The disclosure of a second whistleblower threatens to undermine arguments made by President Donald Trump and his allies that a whistleblower complaint was improperly filed because it was largely based on secondhand information.

Attorney Mark Zaid told The Associated Press in a text message Sunday that the second whistleblower, who also works in intelligence, has spoken to the intelligence community’s internal watchdog. This person hasn’t filed a complaint but does have “firsthand knowledge that supported” the original whistleblower.

Trump has rejected the accusations he did anything improper.

The original whistleblower, a CIA officer, filed a formal complaint with the inspector general on Aug. 12 that triggered the impeachment inquiry being led by House Democrats. The complaint alleged Trump was “using the power of his office to solicit interference from a foreign country” in the 2020 election.