The US Senate on Saturday voted to clear a key procedural hurdle to advance a roughly $1 trillion bipartisan infrastructure bill, but the action soon stalled as a few Republican holdouts refused to speed up approval of one of US President Joe Biden's top priorities. 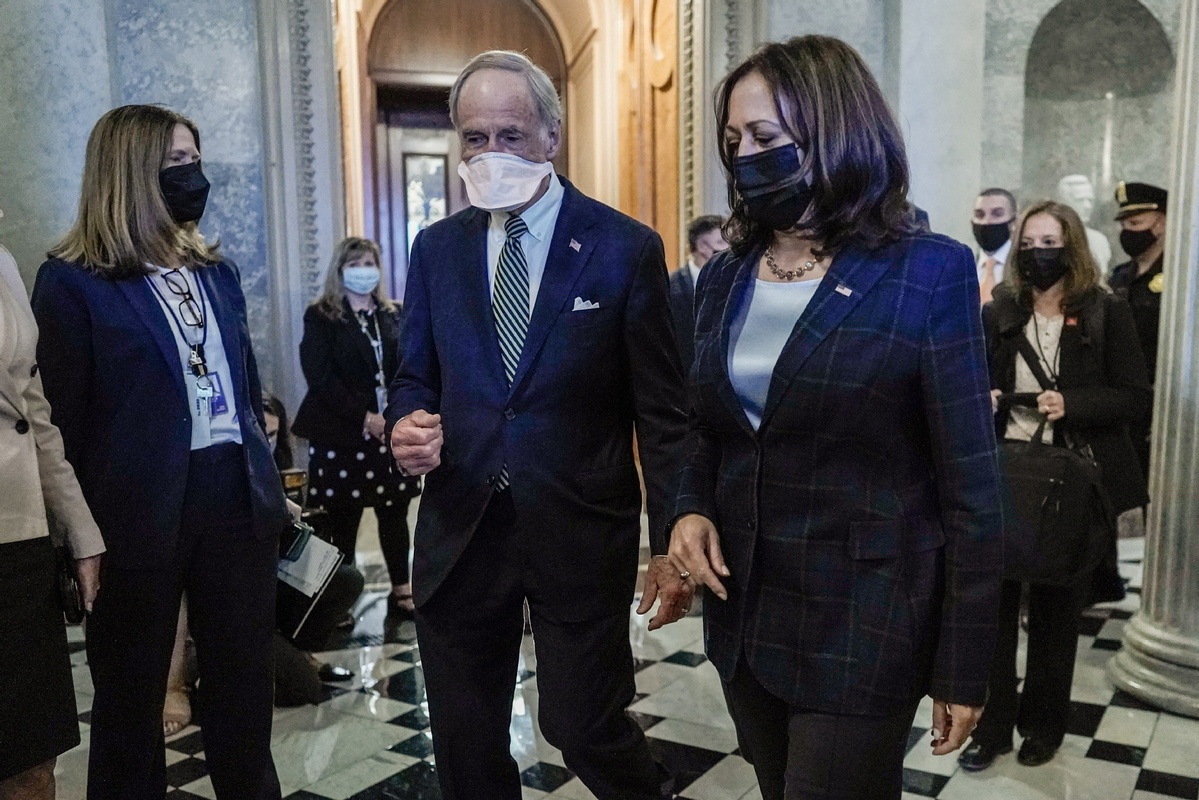 The measure, if passed, would provide a massive injection of federal money for a range of public works programs, from roads and bridges to broadband internet access, drinking water and more. In a rare stroke of bipartisanship, Republicans joined the Democrats to overcome the 60-vote threshold needed to advance the measure toward final votes. The vote was 67-27, a robust tally. If approved, the bill would go to the House of Representatives.

But momentum fell away as a few Republican senators refused to yield 30 hours of required debate before the next set of procedural votes, which could delay swift passage of the package and result in a dayslong slog.

"We can get this done the easy way or the hard way," Senate Majority Leader Chuck Schumer, a Democratic, said as the Senate opened on Saturday.

Despite the overwhelming support for the bill, by evening there was no deal struck to quicken the process for considering amendments and final votes. Schumer said senators would resume at noon on Sunday.

Without an agreement, Republicans are expected to force the Senate to run out the clock for up to 60 hours before a final vote to pass the bill, according to The Hill, a US political website.

"There are many outstanding amendments that are important, that would improve this legislation, and that deserve votes before the Senate is asked to vote on final passage of this bill," McConnell said on the Senate floor.

"I hope senators can work together in a bipartisan way to get more amendments up and continue improving this important bill," he said.

After months of negotiations, the White House and a bipartisan group of senators reached an agreement on the infrastructure bill, which includes $550 billion in new spending on infrastructure projects.

The Congressional Budget Office estimated on Thursday that the bipartisan infrastructure bill would add $256 billion to US budget deficits over 10 years, indicating just more than half the new infrastructure spending would be offset by pay-fors－a term used by lawmakers to indicate cuts or tax rises used to pay for new spending.

For some Republican senators, the back-to-back voting on Biden's big priorities is what they are trying to delay, hoping to slow or halt what appears to be a steady forward march by Democrats to achieve the president's infrastructure goals.

Senator Bill Hagerty, a Republican of Tennessee, an ally of Donald Trump and the former president's ambassador to Japan, was among those leading the effort for the Senate to take as much time as needed to debate and amend the bill－essentially a one-man filibuster.

"There's absolutely no reason to rush," Hagerty said in a speech in the Senate on Saturday.