BANGKOK, July 2 (Xinhua) -- The Consulate General of China in Thailand's Chiang Mai said on Tuesday that three injured Chinese tourists are to leave hospital Tuesday and go back to China after being treated. 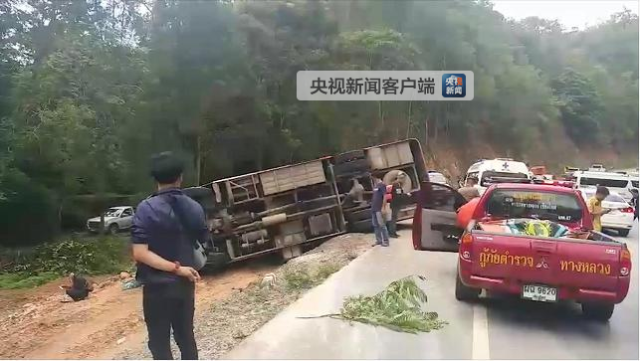 The Consulate General said that Vice Consul-General Pan Jin visited the injured and their families on Tuesday at Chiang Mai's Lanna Hospital and thanked hospital staff for taking good care of the Chinese tourists.

She also asked Thai authorities to investigate the cause of the accident.

The injured tourists also thanked the Chinese Consulate General, Governor of Chiang Mai province Supachai Iamsuwan and other Thai officials for visiting them.

A bus carrying 14 people, including 12 Chinese tourists from Guangzhou overturned in Chiang Mai province on June 29, injuring four Chinese tourists. Among the injured, one was only slightly injured and the other three were hospitalized on that day.