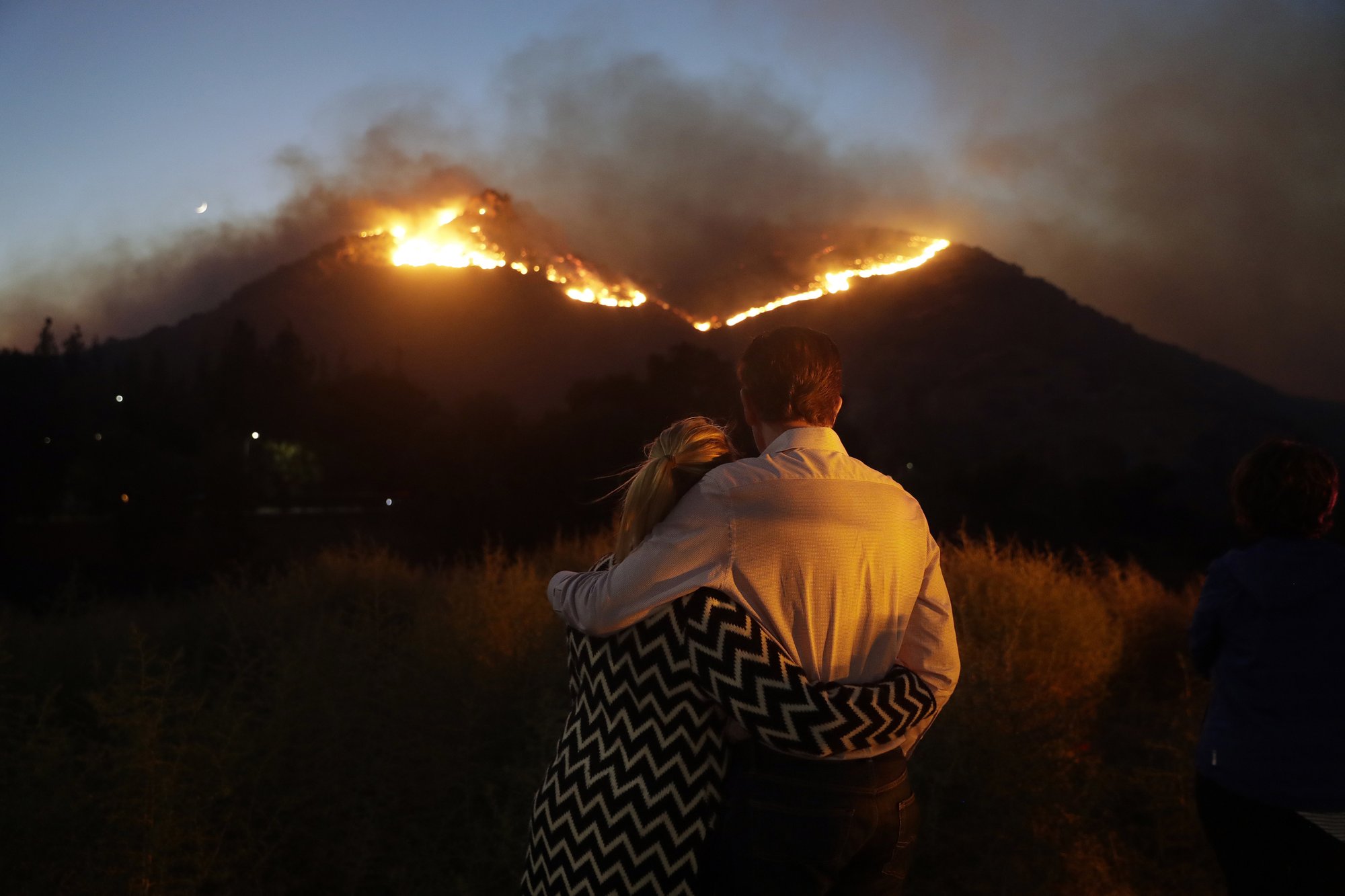 In this Nov. 9, 2018 file photo, Roger Bloxberg, right, and his wife, Anne, embrace as they watch a wildfire on a hill top near their home in West Hills, California. (Photo: AP)

Insurance claims from US California’s deadly November 2018 wildfires have topped $11.4 billion, making the series of fires one of the most expensive in state history, officials said Monday.

More than $8 billion of those losses are from the fire that leveled the town of Paradise, killing 86 people and destroying roughly 15,000 homes, state Insurance Commissioner Ricardo Lara said. Roughly $3 billion worth of damage is related to two Southern California wildfires that ignited during the same week.

“We have a long way to go before we can feel whole again,” Lara said after announcing the numbers.

The $11.4 billion total is slightly below the losses claimed from 2017 wildfires that ripped through Northern California wine country in October and Southern California in December.

The new numbers come as Pacific Gas & Electric Corp., the nation’s largest utility, prepares to file for bankruptcy as early as Tuesday. State officials have not yet determined the cause of last year’s wildfires, but PG&E equipment is suspected in the Paradise blaze.

California law makes utilities entirely liable for damage from wildfires sparked by their equipment, even if the utility isn’t found negligent. PG&E has said it faces billions in possible damages from fires.

Regardless of what happens with the utility, California’s insurers are prepared to pay out all the claims, most of which were filed by residential property owners, Lara said.

“We are confident that the insurers have the money to make sure that we make people whole,” Lara said.