HANOI, June 30 (Xinhua) -- Vietnam saw nearly 602,000 international arrivals in the first six months of this year, a seven-fold increase from the same period last year, thanks to its reopening of tourism activities and resumption of international flights, the General Statistics Office said Thursday. 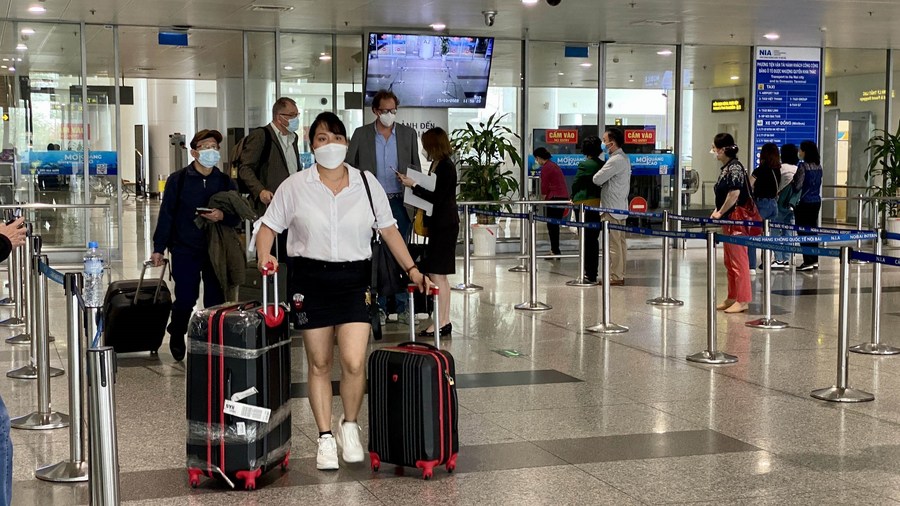 The number, however, still plunged 92.9 percent compared to the same period in 2019, the pre-pandemic period, said the office.

In the first half of 2022, visitors entering the country by air accounted for around 87 percent of the total.

Over the six months, more than 392,000 foreign visitors to Vietnam were from Asia, five times as high as the figure from the first half of 2021.

The number of tourists from Europe, the Americas and Oceania also saw hikes of about 14 times, 33 times and 46 times respectively from the same period last year.

Vietnam fully reopened its borders to international visitors on March 15 as part of its efforts to revive the country's tourism and economy after nearly two years of interruption due to COVID-19.

The country targeted to serve over 5 million overseas tourists in 2022, according to the Vietnam National Administration of Tourism.