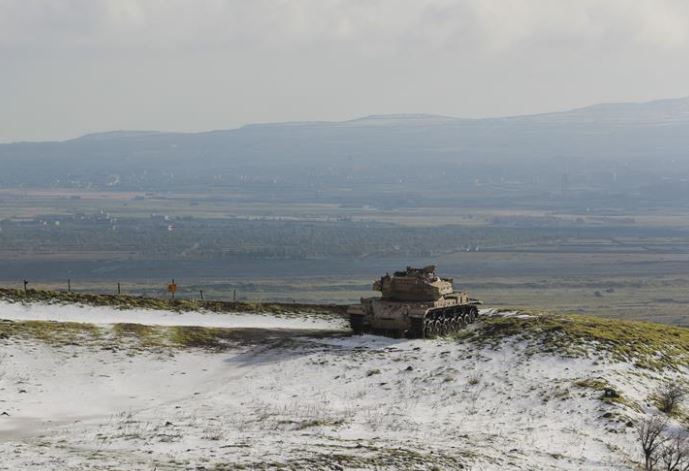 BEIJING, March 22 (Xinhua) -- The international community on Friday expressed concern over US President Donald Trump's unexpected announcement on the necessity to recognize Israel's sovereignty over the Golan Heights.

Syria condemned Trump's announcement on Friday, calling it "irresponsible" and a failure to recognize international law.

It won't change "the fact that the Golan was and will remain Arab and Syrian," the source said.

"The American position towards Syria's occupied Golan Heights clearly reflects the United States' contempt for international legitimacy and its flagrant violation of international law," it said.

Turkish President Recep Tayyip Erdogan also said on Friday that Trump's statement was bringing the Middle East region "on the brink of a new crisis."

"We cannot allow the legitimization of the occupation of the Golan Heights," Erdogan said in a speech at an emergency meeting of the Organization of Islamic Cooperation.

Concurring with Turkey, Iran also criticized the move, saying such decision could bring about "a new wave of conflicts" in the Middle East.

"The Zionist regime is occupational and has no sovereignty over any Arab or Islamic territories," Iranian Foreign Ministry Spokesman Bahram Qassemi said Friday.

"Iran will closely follow all further changes and adopt a corresponding political line in consultations with the Syrian government and other states," he said.

"Russia, as you know, advocates the principled position on the Golan Heights belonging to Syria. It is enshrined in UN Security Council Resolution 497 in 1981. Our assessment of Israel's decision to assume sovereignty over the Golan Heights and enact this decision into a law in 1981 as illegitimate is unwavering," Russian Foreign Ministry Spokeswoman Maria Zakharova told Kommersant FM, a local news radio station.

"Changing the status of the Golan Heights bypassing the UN Security Council is a direct violation of UN decisions," she said.

Trump said Thursday on Twitter that "after 52 years it is time for the United States to fully recognize Israel's Sovereignty over the Golan Heights, which is of critical strategic and security importance to the State of Israel and Regional Stability!"

Israel seized the land in a war in 1967 and annexed it in the 1980s, but the international community has never recognized the move.

A UN peacekeeping force tasked to patrol the buffer zone between Syria and the Israeli-occupied Golan Heights was deployed in 1974 to separate Syrian and Israeli forces. The buffer zone had remained quiet until the start of the Syrian civil war in 2011.