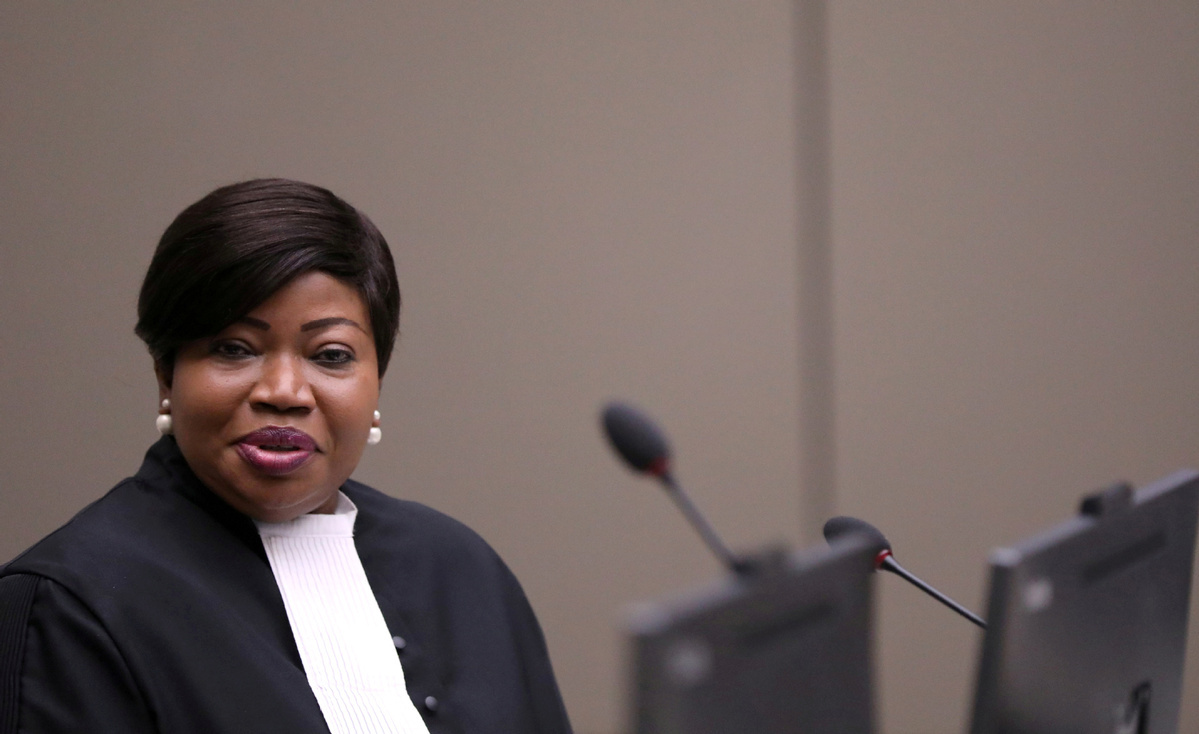 Fatou Bensouda, the chief prosecutor of the International Criminal Court, at the ICC in The Hague, the Netherlands, July 8, 2019. (Photo: Agencies)

BEIJING - The international community has expressed consistent condemnation against the sanctions imposed by the United States on the International Criminal Court (ICC) prosecutor and a member of her office, calling on the US government to lift the punitive measures.

The United States on Wednesday imposed sanctions on ICC Prosecutor Fatou Bensouda and a senior staff member in her office for continuing to investigate war crimes allegations against Americans.

This triggered widespread backlash and criticism across the world. United Nations Secretary-General Antonio Guterres on Wednesday noted "with concern" about the sanctions.

On behalf of the UN chief Antonio Guterres, spokesperson Stephane Dujarric said "we continue to closely follow developments on this matter," adding that UN will "be analyzing any possible implications that this development may have with respect to the implementation of the agreement."

Josep Borrel, the European Union high representative for foreign affairs and security policy, said the sanctions are "unprecedented measures that attempt to obstruct the Court's investigations and judicial proceedings."

"The United States should reconsider its position and reverse the measures it has taken. Impunity must never be an option," said Borrel.

French Foreign Minister Jean-Yves Le Drian also condemned the US movement, saying "the measures announced on Sept 2 amount to a serious attack on the court and signatory states of the Treaty of Rome and, beyond this, a challenge to multilateralism and the independence of the judiciary."

"France calls on the United States to reverse the announced measures," he added.

The Palestine Liberation Organization (PLO) called on the international community to reject the US sanctions.

"President Donald Trump's administration is trying to keep the international system under its control by using the logic of power and arrogance and crush the principle of accountability and anything legal or humanitarian," Hanan Ashrawi, a member of the PLO Executive Committee, said in an emailed press statement.

The ICC itself strongly rejected the decision.

"These coercive acts, directed at an international judicial institution and its civil servants, are unprecedented and constitute serious attacks against the Court, the Rome Statute system of international criminal justice, and the rule of law more generally," said the ICC.

O-Gon Kwon, president of the Assembly of States Parties of the ICC, said that he strongly rejects "such unprecedented and unacceptable measures against a treaty-based international organization."

The ICC in March authorized an investigation into possible war crimes in Afghanistan, including those that may have been committed by the US military and the CIA, which could lead to the indictment of US military and intelligence personnel.

US President Donald Trump in June authorized economic sanctions against ICC officials engaged in an investigation into US personnel, which drew opposition from the international community and some of US allies.

The ICC was established when the Rome Statute took effect in 2002. It prosecutes crimes of genocide, war crimes, crimes against humanity, and the crime of aggression.