Int'l healthcare expo to be held in Vietnam's HCM City

During the four-day expo, exhibitors from 25 countries and regions, including Australia, Canada, China, Germany, India, South Korea, and Vietnam will showcase their latest products and services relating to medicine, pharmaceutical, hospital and rehabilitation. 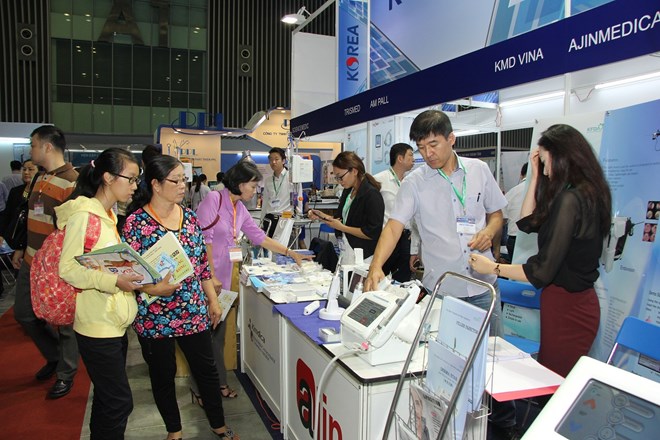 A booth at the 12th Pharmed & Health Care Vietnam which lures 400 businesses from 25 countries and territories. (Photo: pharmed.vn)

In the first seven months of this year, Vietnam spent over 1.8 billion U.S. dollars importing evidence-based medicines, increasing 12 percent against the same period last year, according to the country's General Statistics Office.