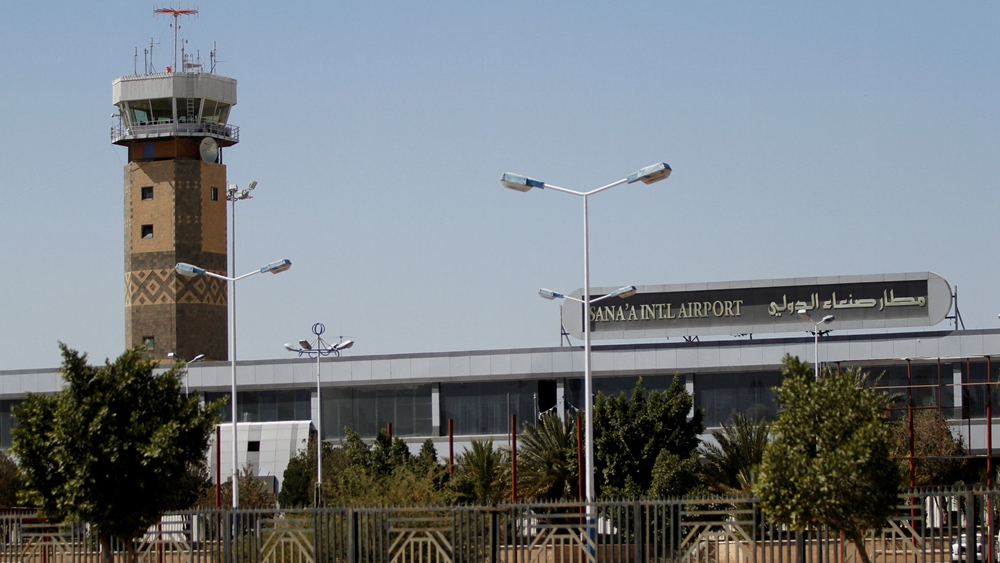 Heavy air strikes targeted the international airport in Yemen's rebel-held capital and an adjacent airbase early Tuesday, residents said, with rebels blaming the Saudi-led coalition fighting on the side of the government.

More than a dozen strikes began at around midnight local time on Monday and lasted half an hour, according to a resident in Sanaa.

No casualties were reported.

While the largely disused airport and the nearby Al-Dailami base are often targeted by coalition air strikes, the latest raids were particularly intense, residents said.

The Houthi rebels accused the coalition of conducting multiple overnight raids on the airport, which is closed except for occasional UN flights.

The strikes came hours after the Houthis said they had targeted Dubai airport with a drone attack, which was denied by the United Arab Emirates (UAE), a leading member of the coalition.

Saudi Arabia and its allies have fought the Iran-backed Houthis since 2015 in an attempt to restore Yemen's internationally recognized government to power and push back the rebels.

The coalition has faced growing criticism over civilian casualties in a war that has left nearly 10,000 people dead and unleashed what the United Nations describes as the world's worst humanitarian crisis.

'War crimes' by all sides

In their first report, a team of UN-mandated investigators said they had "reasonable grounds to believe that the parties to the armed conflict in Yemen have committed a substantial number of violations of international humanitarian law."

Many of these violations may amount to "war crimes" the report said, adding that the investigators had identified a number of alleged perpetrators.

The UN's so-called Group of Independent Eminent International and Regional Experts, which was created by the UN Human Rights Council last September, detailed a long line of abuses committed by all parties to the conflict.

"There is little evidence of any attempt by parties to the conflict to minimize civilian casualties," said the group's chairman Kamel Jendoubi in a statement.

The report concluded that "coalition air strikes have caused most of the documented civilian casualties," pointing out that in many cases there were no apparent military targets in the vicinity of the attacks.

The report covers the period from September 2014 through June 2018, and does not address the latest series of deadly strikes that have killed dozens of children in rebel-held areas and sparked international outrage.

The coalition has not confirmed or denied it carried out two air raids last Thursday that the UN said killed at least 26 children and four women south of the flashpoint rebel-held city of Hodeida.