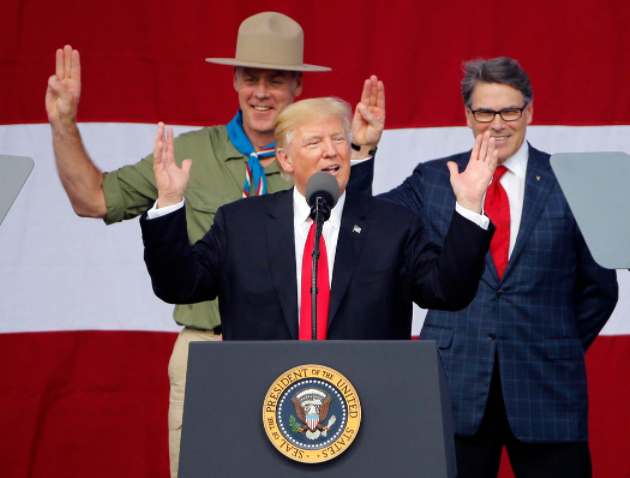 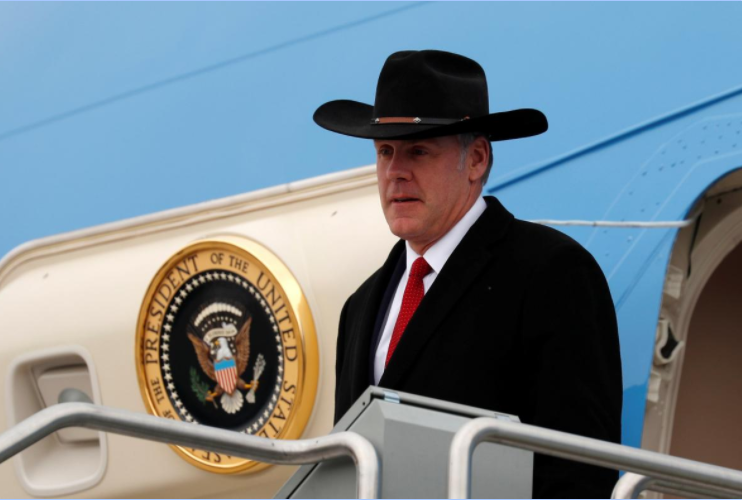 Washington - Interior Secretary Ryan Zinke on Tuesday recommended President Donald Trump reduce the size and change the management of more national monuments in the western United States, and lashed out at critics of cuts already announced to protected areas in Utah.

The effort by the Trump administration to roll back monument designations by past presidents covering millions of acres of wilderness and tribal sites has rekindled the national debate over how best to manage America’s vast public lands - pitting conservationists against development advocates.

He also recommended changes in the management of 10 other monuments to allow for more grazing, timber, fishing, road access and other uses.

Trump on Monday had already acted on Zinke’s recommendations to shrink Utah’s Bears Ears and Grand Staircase Escalante national monuments, ordering cuts amounting to millions of acres in a move that triggered swift legal challenges from tribes and environmental groups.

Unlike national parks that can only be created by an act of Congress, national monuments can be designated unilaterally by presidents under the century-old Antiquities Act, a law meant to protect sacred sites, artifacts and historical objects. But Trump has said former presidents abused the act by putting unnecessarily big chunks of territory off-limits to drilling, mining, grazing, road traffic and other activities.

He had ordered the Interior Department in April to identify which of 27 monuments designated by past presidents should be rescinded or resized.

Zinke on Tuesday blasted critics of the effort, including clothing retailer Patagonia, which recently changed its website home page to read: “The President Stole Your Land”.

“You mean Patagonia, made in China? This is an example of a special interest,” Zinke told reporters. “I think it is shameful and appalling that they would blatantly lie in order to get money in their coffers.”

“No land, not one square inch, has been transferred or sold,” Zinke said.

U.S. lawmakers from Utah on Tuesday introduced a bill that would carry out the president’s proclamations reducing Bears Ears and Grand Staircase, by creating smaller monument areas and establishing management councils to govern them.

Another bill, introduced by Utah Republican Congressman Chris Stewart, would create a national park out of part of the Grand Staircase monument and transfer an area important to Mormons called the Hole in the Rock Road to the state.

Sharon Buccino, a director at the Natural Resources Defense Council, said the Utah legislation and Zinke’s monument recommendations were an attack on public lands.

“Zinke’s report, like yesterday’s outrageous and illegal actions by his boss, makes it crystal clear: the Trump administration is waging a war on our treasured national monuments — by land, sea and air,” she said in a statement.

Chris Saeger, executive director of the Western Values Project, said in a statement that the proposed monument changes were “unpopular” and do not reflect the majority of public comments that were submitted in favor of protecting existing monuments.

Zinke acknowledged in his report that public comments were “overwhelmingly” in favor of preserving monuments, but were the result of a “well-orchestrated national campaign” by environmental groups.

Democratic Senator Ron Wyden of Oregon said Zinke ignored “what the majority of Oregonians signed up for when they spoke out in favor of expanding protections for Cascade-Siskiyou.”

The National Coalition for Fishing Communities on Tuesday praised Zinke’s recommendations for allowing commercial fishing in the Northeast Canyon and Seamounts monument off the Massachusetts coast, as well as the two Pacific monuments.

Zinke’s recommendations also included beginning a process to consider three new national monuments: The Badger II Medicine Area in his home state, Montana; the Camp Nelson Civil War site in Kentucky; and the Medgar Evers Home in Jackson, Mississippi, where the civil rights activist lived at the time of his assassination in 1963.