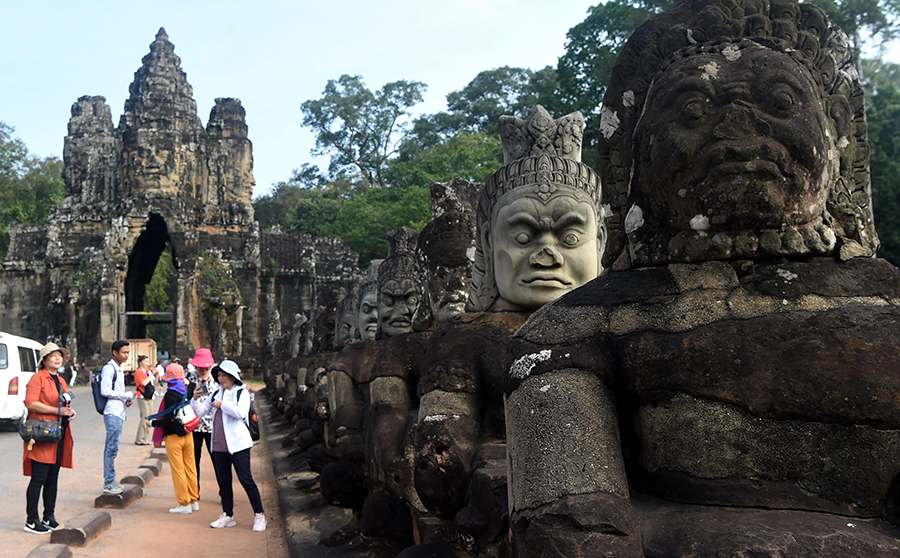 PHNOM PENH, Cambodia - International cooperation is crucial to safeguard and develop the temples of Angkor, says a spokesman for the national agency that manages the UNESCO World Heritage site in northwestern Cambodia.

A year after the UNESCO designation in 1992, an International Coordinating Committee for the Safeguarding and Development of the Historic Site of Angkor, or ICCAngkor, was established to coordinate all foreign assistance for preserving Angkor Wat and the many other temples and ruins of the Khmer capital that flourished from the 9th to 15th centuries.

"It has always been in the form of multilateral cooperation in the sense of decision-making process and bilateral at the implementation stage," said Long Kosal, spokesman for Apsara National Authority, the management authority responsible for protecting and preserving the sprawling Angkor Archeological Park.

Long Kosal said that through multilateral cooperation under the ICCAngkor, achievements have been made in protecting and preserving the park in the past three decades.

"With this international mechanism, Angkor is not only totally safe, ... but also becomes a highly attractive destination in the world," he said. "To this end, Angkor contributes greatly to rejuvenating the country's economic and social development."

Long Kosal said that China has been playing an active role in protecting and preserving Angkor, as it has helped restore ruined temples in the complex of Angkor since the 1990s.

"We're very satisfied with the results of restoration work," he said. "Chinese experts' skills and expertise in restoring the two temples are very high, and the results of their work have been highly evaluated by the ICC-Angkor's technical committee."

Kosal added that projects conducted by the Chinese team and other teams such as those from France, India, Japan and Germany, are very important to restoring ruined temples to their original conditions.

Azedine Beschaouch, scientific secretary for the ICC-Angkor, said cultural ties between Cambodia and China are profound and date back centuries.

"China's contribution to restoring those ruined temples has not only ensured the safeguarding of the Angkor monuments, but also helped attract more and more Chinese tourists to the site," the professor said.