WORLD International efforts of evacuating people on board Diamond Princess

International efforts of evacuating people on board Diamond Princess 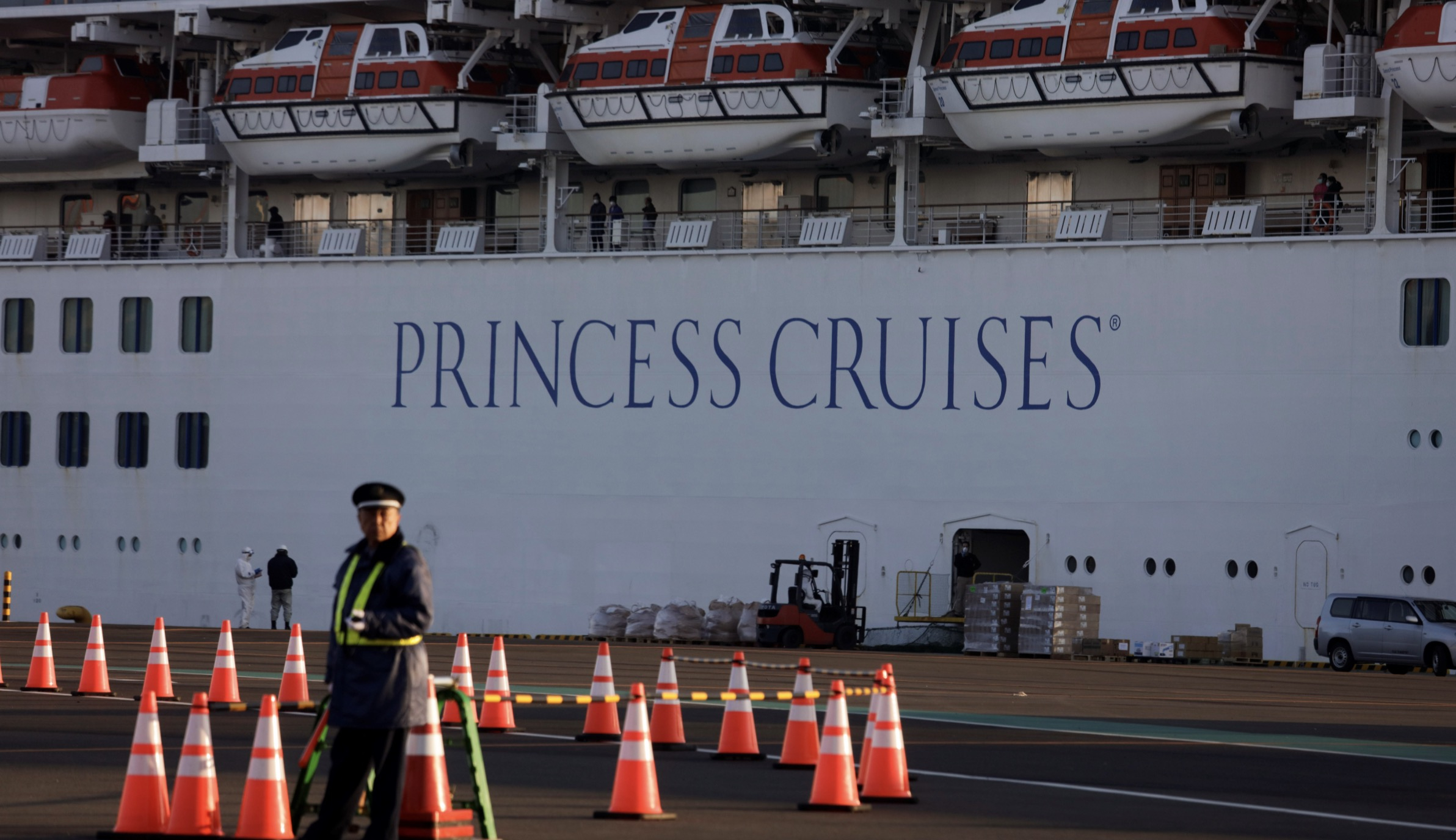 The United States said on Saturday it will send an aircraft to Japan to bring back American passengers on the quarantined cruise ship Diamond Princess, where the most coronavirus infections outside China have occurred.

The U.S. Embassy in Tokyo said in a letter to passengers on Saturday that a chartered aircraft would arrive in Japan on Sunday evening and recommended that U.S. citizens disembark and return home for further monitoring "out of an abundance of caution."

The U.S. Centers for Disease Control and Prevention (CDC) said all of the travelers from Japan will be screened "before leaving the ship" and before boarding the State Department-chartered aircraft "to prevent symptomatic travelers from departing Japan." Evaluation by medical and public health personnel will also be conducted every step of the way, including tests "before takeoff, during the flight and after arrival."

The passengers will be required to undergo a further quarantine of 14 days upon arriving in the United States. If they choose not to return on the aircraft, they would not be able to return home "for a period of time," the letter said.

The embassy said the U.S. government was working with Japan so that people with symptoms would receive proper care if they could not board the aircraft. Japan confirmed it was coordinating with the U.S. government for Americans to leave the ship and return home, saying that would ease its burden in resolving the situation.

Minutes after the United States Embassy's letter was sent, the Australian Embassy in Tokyo sent its own email to its citizens aboard the Diamond Princess, saying it was "examining options" and citing the American evacuation plans. The Italian foreign minister also said on Saturday that the country would do what was necessary "to protect our citizens." 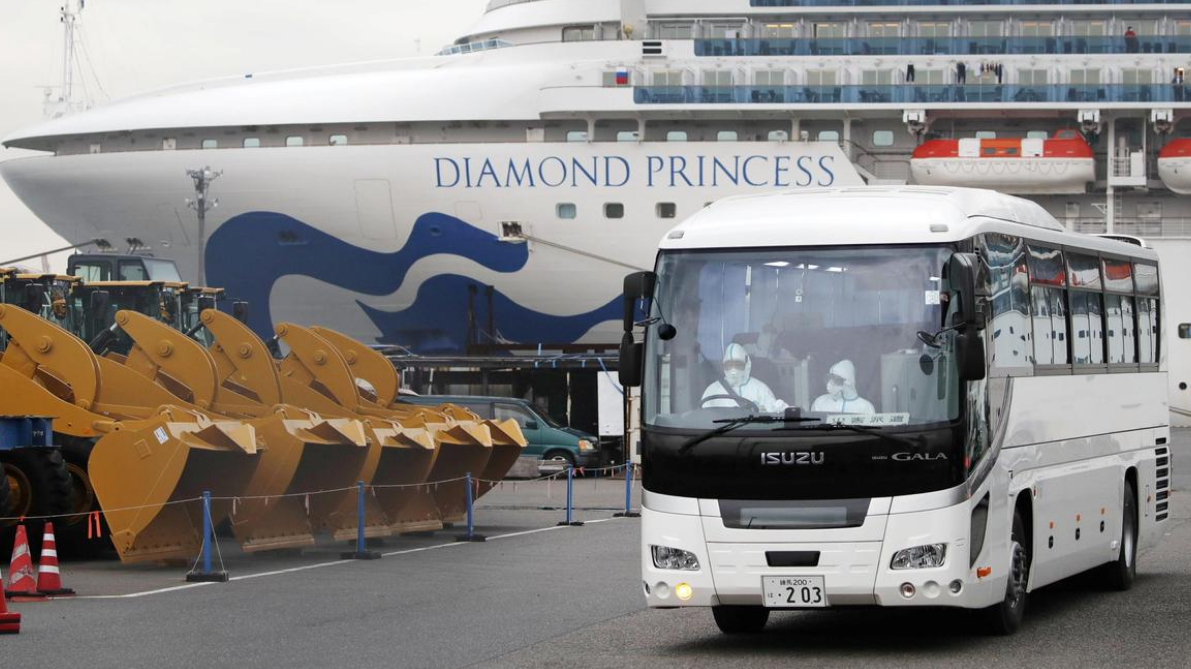 A driver wearing a protective suit is seen inside a bus which believed to be carrying elderly passengers from the Diamond Princess cruise ship at the Daikoku Pier Cruise Terminal in Yokohama, south of Tokyo, Japan, February 14, 2020. (Photo: Reuters)

The Hong Kong Special Administrative Region (HKSAR) government said on Saturday that it is arranging a chartered flight to take the Hong Kong residents under quarantine on board the Diamond Princess back to Hong Kong free of charge as soon as possible after they are permitted to disembark and land.

Once the Japanese authorities have confirmed the detailed arrangements, the HKSAR government will inform the affected Hong Kong residents of the return date and make arrangements as soon as possible.

The Hong Kong Immigration Department is concurrently notifying all of the concerned Hong Kong residents via text messages.

The Canadian government has also released its decision of evacuation on Saturday, saying "ensuring the health and safety of Canadians" is their top priority. A plane has been chartered  by the government to repatriate Canadians on board the Diamond Princess cruise ship. Before boarding, passenger will be screened for symptoms. The aircraft will bring passengers, who are permitted on board, from Japan to Canadian Forces Base Trenton, after which they will be assessed and transported to the NAV Canada training Institute in Cornwall, Ontario, to undergo a further 14-day period of quarantine.

Those who exhibit symptoms of the coronavirus infection will not be permitted to board and will instead be transferred to the Japanese health system to receive appropriate care. Canadians remained in Japan will continue to receive full consular services from the government of Canada.

The cruise ship has been quarantined since arriving in Yokohama on February 3, after a man who disembarked in Hong Kong before it traveled to Japan was diagnosed with the virus. It had some 3,700 passengers and crew on board. Another 67 people have tested positive for the virus, the Japanese health minister said on Saturday, bringing the total to 285 cases. Those testing positive are transferred to Japanese hospitals. Approximately 400 Americans on board the Diamond Princess, according to the  CDC.

The cruise liner's quarantine is set to end on Wednesday and while some passengers were disheartened at the prospect of more time in quarantine, others were more understanding.

The U.S. aircraft will land at Travis Air Force Base in California and some passengers will then continue onward to Lackland Air Force Base in Texas. The passengers will be housed at those bases during the quarantine period, the CDC said, and will be kept separate from people already in quarantine from previous repatriation flights from the Chinese city of Wuhan, the epicenter of the outbreak.

In a statement, the Pentagon said it has extended through March 15 the availability of four military installations as temporary housing facilities related to the coronavirus, including Travis, Lackland, Fort Carson in Colorado and Marine Corps Air Station-Miramar in California.

The American Embassy's letter did not specify how long U.S. citizens who choose not to board the chartered aircraft might have to wait before they could return home, saying only that the final decision would be up to the CDC.