PARIS, June 20 (Xinhua) -- Committed to promoting the well-being of the people, the Communist Party of China (CPC) has enabled China to make remarkable leaps in its development, a senior official of the French Communist Party (PCF) has said in a recent interview with Xinhua. 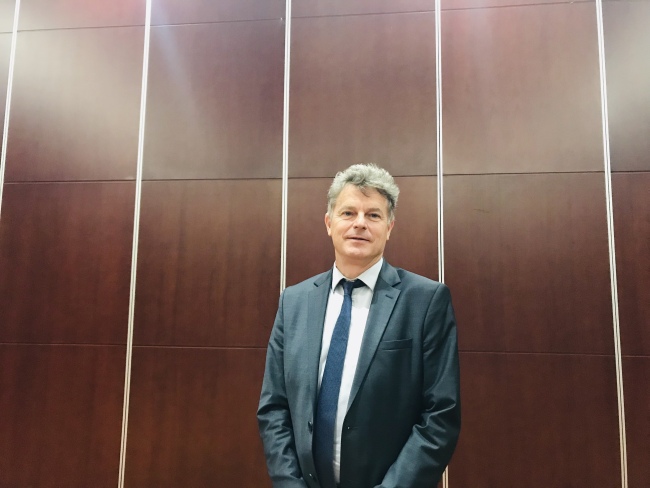 Fabien Roussel, national secretary of the PCF, congratulated the CPC on the centennial of its founding. In his eyes, the CPC has been dedicated itself to improving the people's well-being, and enjoys strong leadership as well as highly efficient executive ability, which are key to the party's success.

"I find remarkable the incredible economic leap achieved by China in a very short period of time, and the objectives set by the Communist Party of China, in particular the objective of fighting poverty and eradicating poverty," he said.

China was the first country outside Europe Roussel visited after being elected as the PCF national secretary.

Recalling his trip to China's Beijing and Shanghai in 2019, Roussel told Xinhua that he was impressed by the places he visited, and "would have liked to be able to stay there longer."

The PCF leader lauded China's determination to tackle the climate issue and its stunning efforts to reduce air pollution and protect the environment, especially in large cities like Beijing and Shanghai, speaking highly of the strong measures China has taken to promote new energy vehicles and reduce cars' exhaust emissions.

Roussel paid his tribute to the Chinese people's solidarity in fighting the COVID-19 pandemic under the leadership of the CPC, and appreciated China's contribution to the global anti-pandemic fight.

"I salute the approach and the great solidarity that China has demonstrated in this fight against the pandemic," he said. "I would also like to underline the help in many countries of the world, especially in Africa."

According to Roussel, the PCF, which celebrated its 100th birthday last year, and the CPC "share the idea that the United Nations is the only universally legitimate basis for an international order that respects the rule of law and the sovereignty of peoples."