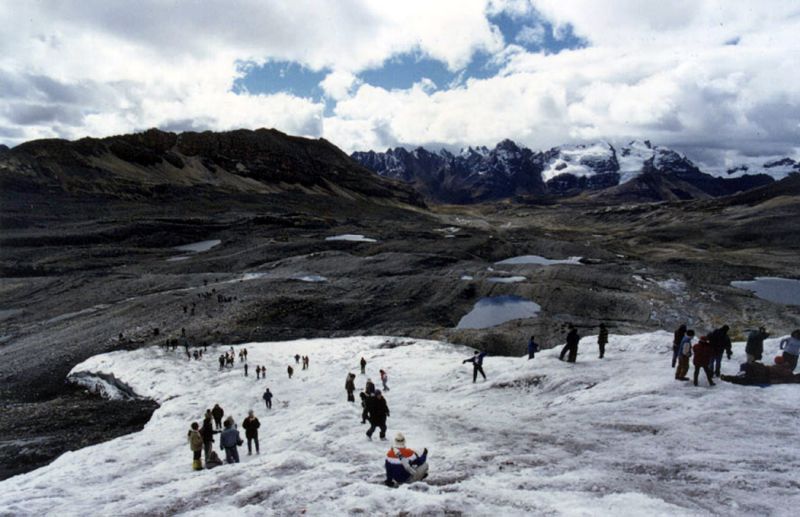 Lima (Xinhua) -- The system of glaciers in the Andes that Peru relies on for its water must be protected, said Jorge Richarte the director of the Andean Program of the Peruvian Mountain Institute on Saturday.

"The glaciers are one of the principal contributing sources of water for much of the population," Richarte told Xinhua, referring to the coastal urban areas that depend on water from the mountain glaciers.

According to the expert, around 70 percent of the Peruvian population is located on the western flanks of the Andes mountain range and receive just two percent of the country's rainfall.

"The glaciers are an enormous bank of water, from which we are deriving a vital service," he stated.

Lima in particular, with more than 9 million inhabitants, receives an extremely low level of rainfall, said the expert.

In the last few decades there has been a scarcity of water due to the central Andean mountain range losing around 60 percent of its glaciers, he added.

The effects of this loss have been the reduction in the flow of rivers, especially the Rimac--the most important source of potable water for Lima.

He underlined the necessity of adopting measures to protect the glaciers and avoid a worsening situation in the near future, pointing to the disappearance of two small glaciers in the southern Andean zone of the country as an example of the precarity of the nation's water sources.

Erick Soriano, president of the National Institute for Research in Glacier and Mountain Ecosystems of Peru also stressed that the threat of global warming on glaciers must be taken seriously.

"Water doesn't come from taps, it comes from snow-capped mountains. We have to conserve them and treat them in a sustainable manner to preserve life," he stated.

He also noted that populations located in mountainous areas could play an important role in the preservation of water sources.

However, in Soriano's view, the water problems reported this summer were caused by poor water management rather than a lack of water coming from glaciers.

"Thankfully, up to now we do not have a shortage of water, but we do have a deficiency in the management of water," said Soriano.

For Soriano, the glacial system of the country can guarantee water for the future if properly cared for. He said that the coastal zones, where most of Peru's 31 million inhabitants live, have very little water reserves.

According to the National Water Authority , Peru has 18 glacial systems, of which the Cordillera Blanca, at an altitude of 4,249 meters above sea level, is best known.