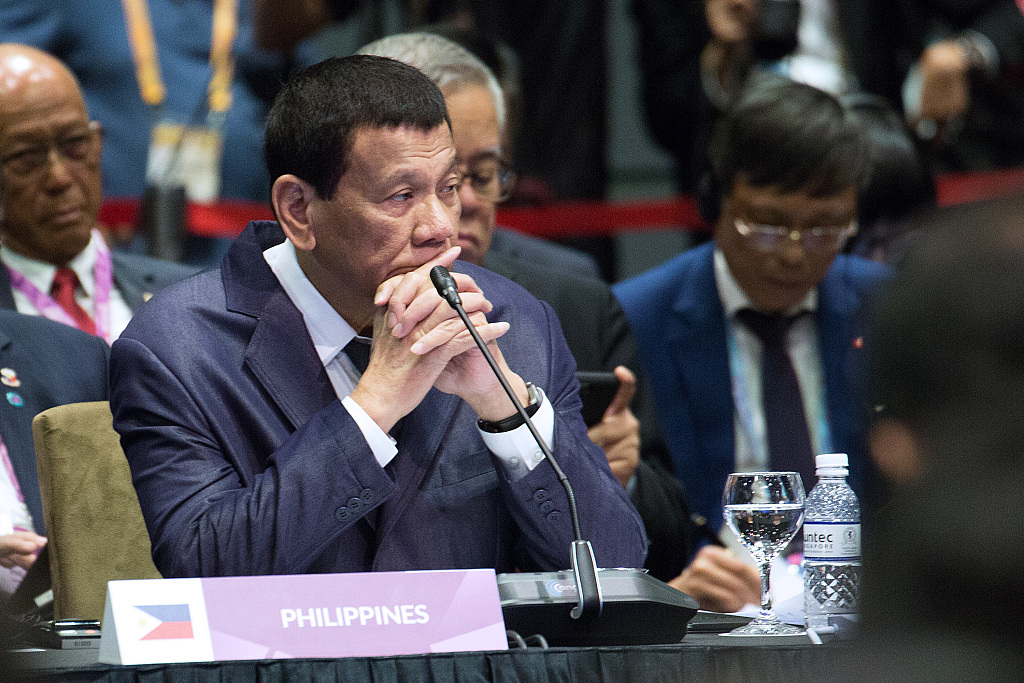 The current relations between Beijing and Manila have reached an "apex" and are like a flower in full bloom, Duterte told the Chinese media in a recent interview.

China-Philippines relations are moving along the fast track and gearing up for a stronger development under efforts of the two sides.

The past two years have seen frequent high-level exchanges, and dialogue and consultation mechanisms between the two nations have been revived in areas including foreign affairs, defense, energy, economy and trade, agriculture, fishery, science and technology.

Besides, the Philippines is reaping the economic rewards of growing trade with and investments from China after Duterte's government decided to cultivate fruitful ties with Beijing.

"It (China) is encouraging us to send more what we can," Duterte said, adding that the renewed ties resulted in the lifting of the restrictions on trade.

Figures from the Chinese government show that the trade volume between China and the Philippines in 2017 topped 50 billion U.S. dollars, which made China the Philippines' No. 1 trading partner and import origin, and the fourth largest export market. Philippine exports to China grew by 10.5 percent to 19.2 billion dollars in 2017.

The tally of Chinese tourists to the Philippines in the first three quarters of 2018 has exceeded the full-year total in 2017, reaching over 972,000.

Moreover, China and the Philippines have contributed to regional stability by working closely to combat illicit drugs, terrorism and cybercrimes.

Duterte noted that China has helped the Philippines deal with terrorists without asking for any favor, saying China has given help and support wholeheartedly with no strings attached.

"We will improve our relationship in trade and commerce. Second, close (defense) relationship. Third, a cooperation to improve the conditions of our international seas to eliminate piracy," Duterte said.

The Philippine president also stressed the need to explore more people-to-people interactions, saying the bilateral relationship has reached "a positive plateau," and he wants it to remain that way.

At the invitation of Duterte, Xi is set to pay a state visit to the Philippines on Nov. 20-21.

Duterte said he took great pride in Xi's upcoming visit, adding that his little daughter Kitty is studying Chinese as a foreign language, and he might ask her to sing a Chinese song for Xi.