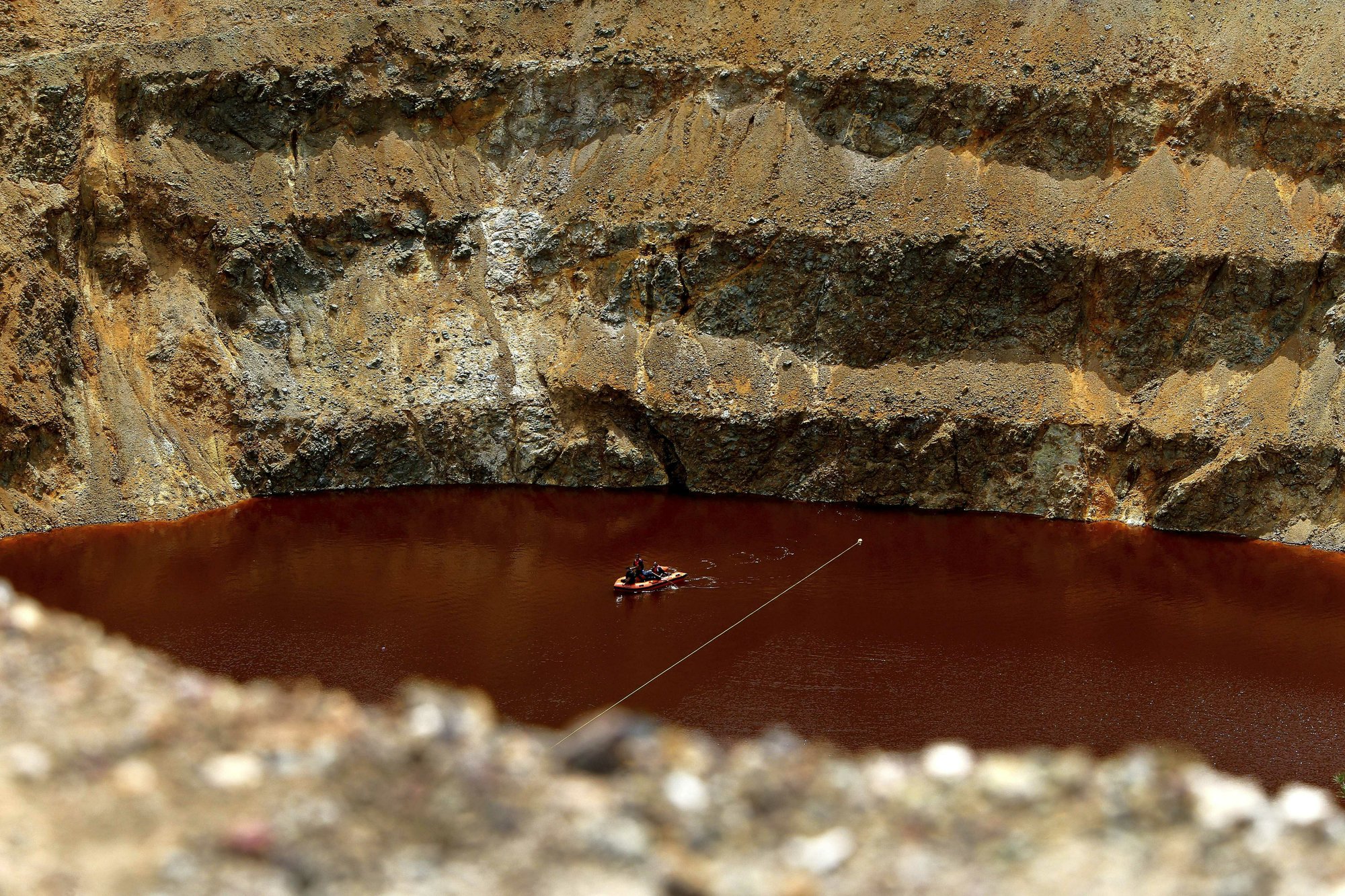 The country may have experienced mass killings decades ago during inter-ethnic conflict, but the self-confessed crimes of an army captain are something new for the island of around 1 million people.

The captain, who has not been formally identified, has confessed to killing seven foreign women and girls and disposed of the bodies at an abandoned mineshaft, a poisonous lake, and a pit in the middle of a military firing range.

He is widely acknowledged to be Cyprus’ first serial killer.

His crimes have raised disturbing questions over police ineptitude and even of racism. Cyprus wants answers to how the killer was able to go unnoticed for around two-and-a-half-years following the initial missing people’s reports.

Yiota Papadopoulou, the wife of prominent politician Nicholas Papadopoulos, has spoken of her inquiry October 2016 about the whereabouts of Livia Florentina Bunea who had vanished with her eight year-old daughter Elena Natalia.

A police officer said authorities had good reason to believe the 36-year-old Romanian had absconded with her child to the ethnically divided island nation’s breakaway Turkish Cypriot north.

“I believe that maybe, some other women could have been saved,” she told public broadcaster RIK.

It was only the chance discovery of the bound body of 38-year-old Filipino Mary Rose Tiburcio down an abandoned mineshaft on April 14 that sparked a full investigation. That probe quickly led authorities to the suspect through Tiburcio’s online message exchange with the killer.

Louis Koutroukides who heads the Cyprus Domestic Workers’ Association, has said that when reporting Tiburcio’s disappearance last year he was told by a policeman that he was “too old to concern himself with Filipino women.”

Cyprus President Nicos Anastasiades has pledged that the government will get to the bottom of the “abhorrent murders” and fully investigate the “actions or failures” regarding missing persons reports.

On Friday, Anastasiades sacked Police Chief Zacharias Chrysostomou over what he said was “possible negligence” in failing to carry out a swift and thorough missing persons investigation, something that could have saved lives.

And Justice Minister Ionas Nicolaou who resigned Thursday also spoke of “possible mistakes” by law enforcement. But he also alluded to darker “attitudes and perceptions” pervading society “that honor no one.”

Four of the victims — including Tiburcio’s six year-old daughter — were Filipino. Cyprus has a 14,000-strong Filipino community that according to rights advocate Lissa Jataas faces discrimination and even exploitation.

Filipinos have become a feature of Cypriot society with many employed as housekeepers, working long days for a mere 400 euros ($450) per month. Passports and work permits often stay in the hands of employers.

“We’re very vulnerable to abuse and harassment at work because our workplace is our home as well,” Jataas said.

Ester Beatty, chair of the Federation of Filipino Organizations in Cyprus, said she hopes the killings “serve as a wake-up call to those nasty employers” that they should live up to European standards.

Corina Drousiotou, who heads the nonprofit group Cyprus Refugee Council said the whole case has underscored the “institutionalized racism” running through the country’s justice system, and that the odds are stacked even more against a complainant if they happen to be a woman.

Even the police’s most ardent supporters concede that the investigation of the initial missing persons’ reports were insufficient. Police Support Association head Neophytos Papamiltiadous acknowledged a lack of proper oversight by those officers’ immediate superiors.

However, Papamiltiadous rejected the notion that racism was a major factor, noting that foreign workers do cross into the breakaway Turkish Cypriot north without notifying authorities.

Divided in 1974 when Turkey invaded following a coup by supporters of union with Greece, Cyprus’ northern third is an unrecognized entity and Cypriot police have no jurisdiction there. The legal vacuum affords those who want to disappear a way out.

With no real voice, it is easy for some police officers to ignore foreign worker complaints or missing persons reports if they’re under no pressure to do so, said Stefanos Spaneas, a professor of social work at the University of Nicosia.

Spaneas said in his experience with working with migrants and refugees it’s less a matter of racism among police ranks than one of “stupidity” within a disorganized force whose members would work less given that low wages offer no financial incentive.

“If someone would avoid work, they would,” he said.