Investigators seek cause of deadly bus crash in Utah desert 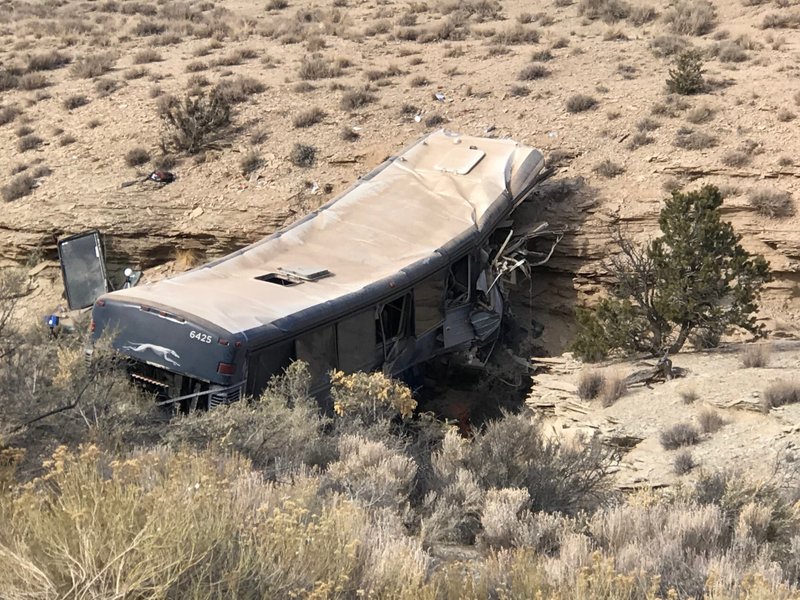 Investigators on Tuesday were combing through a mangled Greyhound bus to determine what caused it to careen from a road in the Utah desert on New Year’s Eve, killing a 13-year-old girl and injuring 12 other people.

The bus was carrying 14 people, including the driver, when it drifted off the shoulder of Interstate 70 and crashed about 300 miles (483 kilometers) south of Salt Lake City.

A passenger reported a possible medical issue with the driver, the Utah Highway Patrol said Monday in a news release.

The agency did not immediately respond to phone messages Tuesday seeking further comment about the investigation and the conditions of those injured.

Utah Highway Patrol Lt. Steve Salas told the Desert News on Monday that no other motorists witnessed the crash and some bus passengers had flagged down a truck driver for help.

Most of the injured people had neck and back injuries, he said. A few had broken bones and one had a fractured skull.

Authorities identified the girl killed as Summer Pinzon of Azusa, California. She was traveling with her mother, who was hospitalized after the crash.

Authorities did not release the mother’s name or additional details about her and her daughter.

Lanesha Gipson, a spokeswoman for Greyhound, did not have details Monday about the driver but said the company is cooperating with authorities and conducting its own investigation.

Gipson did not return a phone message Tuesday seeking updates on the company’s investigation.