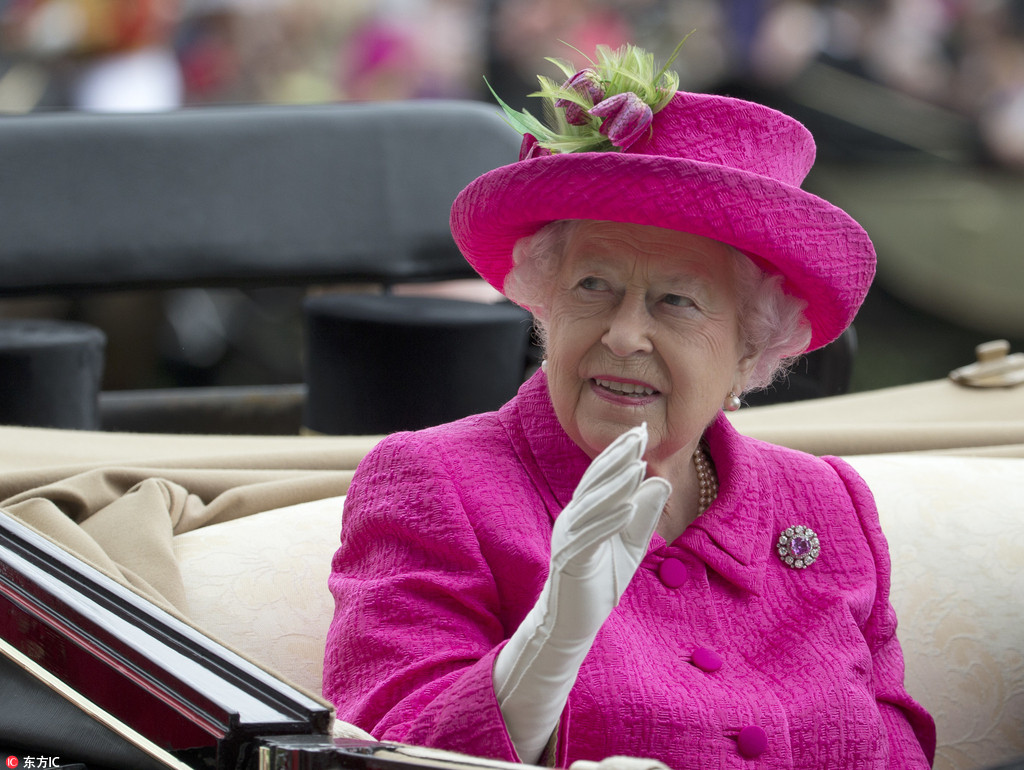 Leaked documents linking Queen Elizabeth II to offshore investments in tax havens has shined a spotlight on her considerable fortune. Here are five things to know about the queen's finances.

JUST HOW RICH IS THE QUEEN?

It's hard to measure precisely because some of her assets are privately held and some are part of the Crown Estate, which is not directly controlled by the monarch. The Sunday Times Rich List estimated Elizabeth's fortune at 360 million pounds ($472 million) based on an analysis of her private holdings, her stock portfolio, money inherited from her late mother, and income from the Crown Estate, a percentage of which is used to generate revenue for her expenses. This analysis doesn't include the rising value of the Crown Estate itself, which is in the billions, because she does not control its investments. This net worth figure would make her the 329th richest person in Britain, far from the top in a list headed by multi-billionaires.

DOES THE QUEEN PAY TAXES?

Elizabeth voluntarily agreed to start paying taxes in 1992 after she was harshly criticized in the tabloid press for her continuing tax exemption. The decision to change her tax status was announced in Parliament by Prime Minister John Major and was praised by politicians of both major parties. British monarchs had not always lived tax free — Queen Victoria paid income tax when it was introduced in 1842, but royals gradually received exemptions. King George V, the queen's grandfather, was the last sovereign to pay taxes until Elizabeth agreed to do so. The queen's decision, and a simultaneous reduction of the number of senior royals receiving funding support, helped improve her standing in a difficult period that she memorably dubbed her "annus horribilus" — or horrible year — after a series of family troubles and a catastrophic fire at her beloved Windsor Castle.

DID SHE DO SOMETHING WRONG WITH HER INVESTMENTS?

Nothing has emerged to suggest that Elizabeth has done anything improper by investing roughly 10 million pounds in the Cayman Islands and Bermuda through the Duchy of Lancaster, which manages her private financial affairs. But investing in these regions is often a way to lower tax liability, and the idea that the monarch may be benefiting from tax havens will not sit well with people who feel the royal family already enjoys too many advantages. It doesn't help that some of the investment was in a company that has been accused of exploiting consumers. The Duchy of Lancaster says the queen did not receive any tax breaks through these investments.

DOESN'T SHE OWN SOME VALUABLE PAINTINGS? AND A FANCY YACHT?

The Royal Collection is one of the world's greatest troves of fine art. Amassed by wealthy and powerful kings and queens in the last five centuries, it includes more than 1 million works, including priceless paintings by a long list of masters ranging from Rembrandt to Lucien Freud. These works are not the personal possessions of the queen — she is not free to sell them, for example, or to give them away as presents — but she holds the works in trust for the nation and for her successors. Many are loaned out for exhibition in museums and institutions throughout the world. She no longer has a yacht, however. The Britannia was decommissioned in 1997 — and the usually stoic queen shed a tear at the ceremony marking the demise of the last royal yacht.

WHAT DOES THE QUEEN COST TAXPAYERS? IS SHE WORTH IT?

Buckingham Palace's latest annual report indicates that maintaining the monarchy costs each taxpayer about 65 pence ($0.85). This is based on the Sovereign Grant, which is public money used to support the official duties carried out by the queen and her family. Palace officials are fond of touting this figure. "When you consider that against what the queen does and represents for this country, I believe it represents excellent value for money," says Alan Reid, Keeper of the Privy Purse.