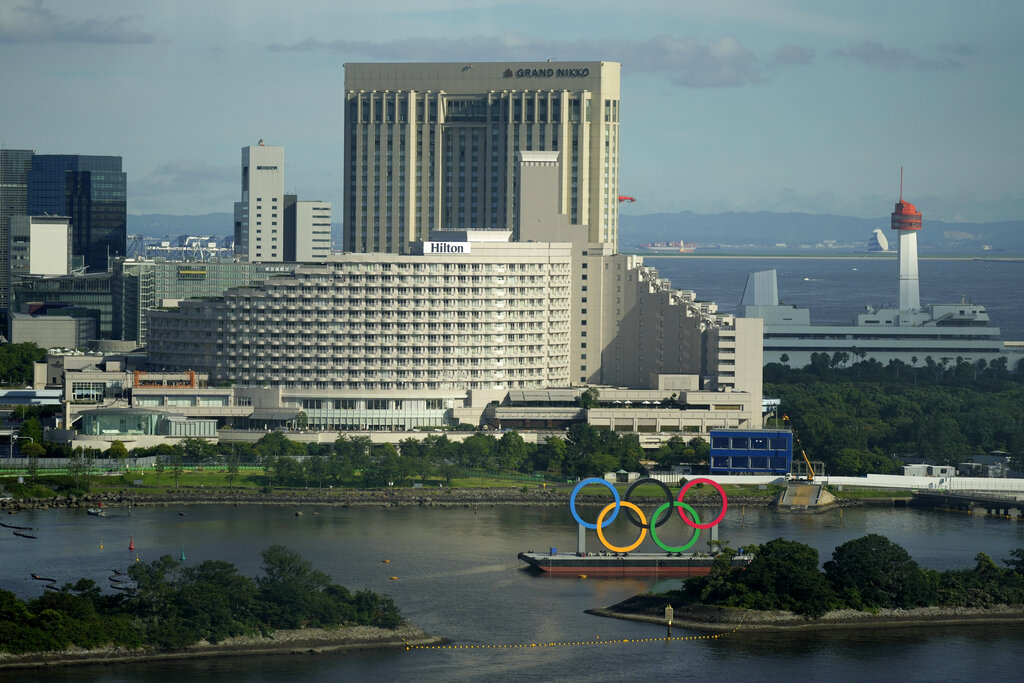 TOKYO, July 16 (Xinhua) -- The International Olympic Committee (IOC) president Thomas Bach called for "more solidarity" to promote peace in the world during his visit to Hiroshima on Friday.

Bach marked the start of the Olympic Truce by laying a wreath at the cenotaph of the Hiroshima Peace Memorial Park, the location where an atomic bomb was dropped by the United States on August 6, 1945.

The 67-year-old, wearing a black mask, told reporters after the simple ceremony that peace was "central" to the thinking of the IOC founder Pierre de Coubertin and that the mission of peace continues to be at the "heart" of the Olympic Games.

He said the Tokyo Olympics, set to kick off in just a week, will send a resounding message to the world that more solidarity is needed within societies and among societies.

"Without solidarity, there is no peace," he said.

He vowed that the Tokyo Olympics will be a "beacon of hope" for a better and more peaceful future.

The United States dropped the first atomic bomb in Hiroshima, and the second on Nagasaki three days later, killing about 210,000 people by the end of that year. The nuclear attacks finally brought an end to the Second World War, which saw Japan's brutal and ugly colonization and invasion of many East Asian countries.

Meanwhile, IOC vice president John Coates, also head of the IOC's Coordination Commission for Tokyo 2020, visited Nagasaki, the second city in the world that was hit by a nuclear weapon.