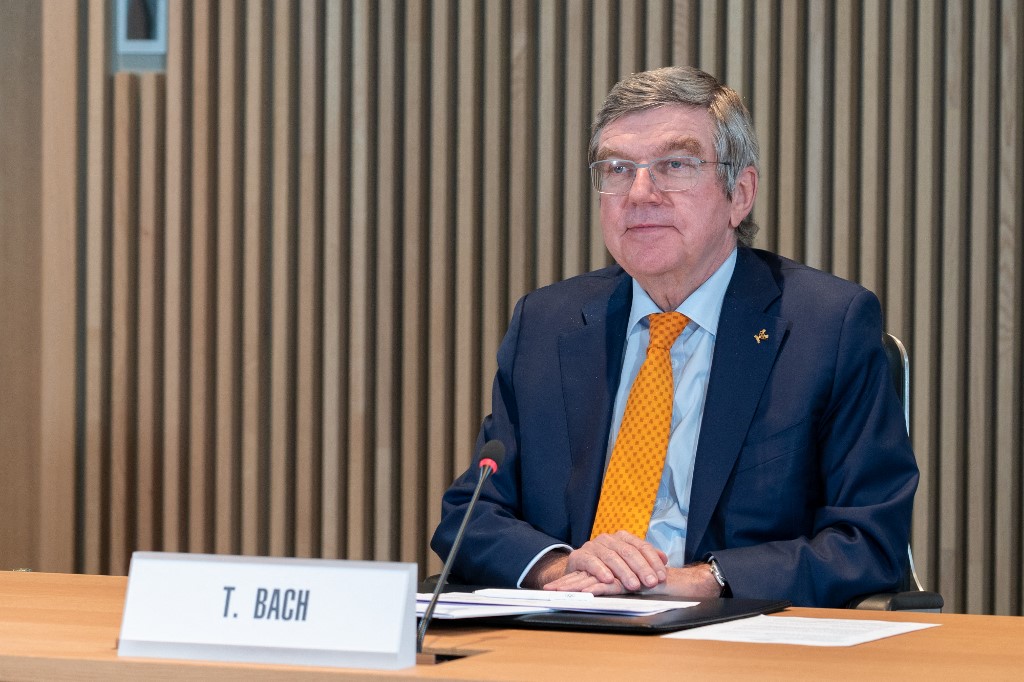 Olympic chief Thomas Bach will visit Japan by mid-July, the IOC has announced, after he was forced to cancel a planned trip this month over virus restrictions.

International Olympic Committee vice-president John Coates said in a letter to officials published late Wednesday that Bach would arrive by July 12 -- less than two weeks before the virus-postponed Games are set to begin.

Bach had originally planned to visit in May, but was forced to scrap the trip with parts of Japan under a virus state of emergency.

He had planned to take part in the Olympic torch relay in Hiroshima, at the city's atomic bomb Peace Memorial Park. But virus restrictions mean the event was held without spectators.

Public sentiment is against the Games, with polls showing a majority of Japanese want the event delayed further or cancelled.

Organisers have outlined extensive virus countermeasures to keep the Games safe, including barring overseas fans for the first time ever.

But with Japan battling a fourth wave of infections, doctors' associations have warned that the healthcare system is already overstretched and the Games could add further stress.

Bach announced in opening remarks that he believes more than 80 percent of athletes and team members staying at the Olympic village will be vaccinated by the time the Games open on July 23.

He also said the IOC was willing to bring extra medical personnel to reduce the burden on Japan's healthcare system.

Local media reported Thursday that the total number of people entering Japan from overseas for the Olympics and Paralympics would be halved, as organisers look to allay public anxiety over the Games.

Around 94,000, they said, would arrive from abroad -- including athletes, coaches, backroom staff, officials, IOC members, media and broadcasters -- down from an original estimate of 200,000.