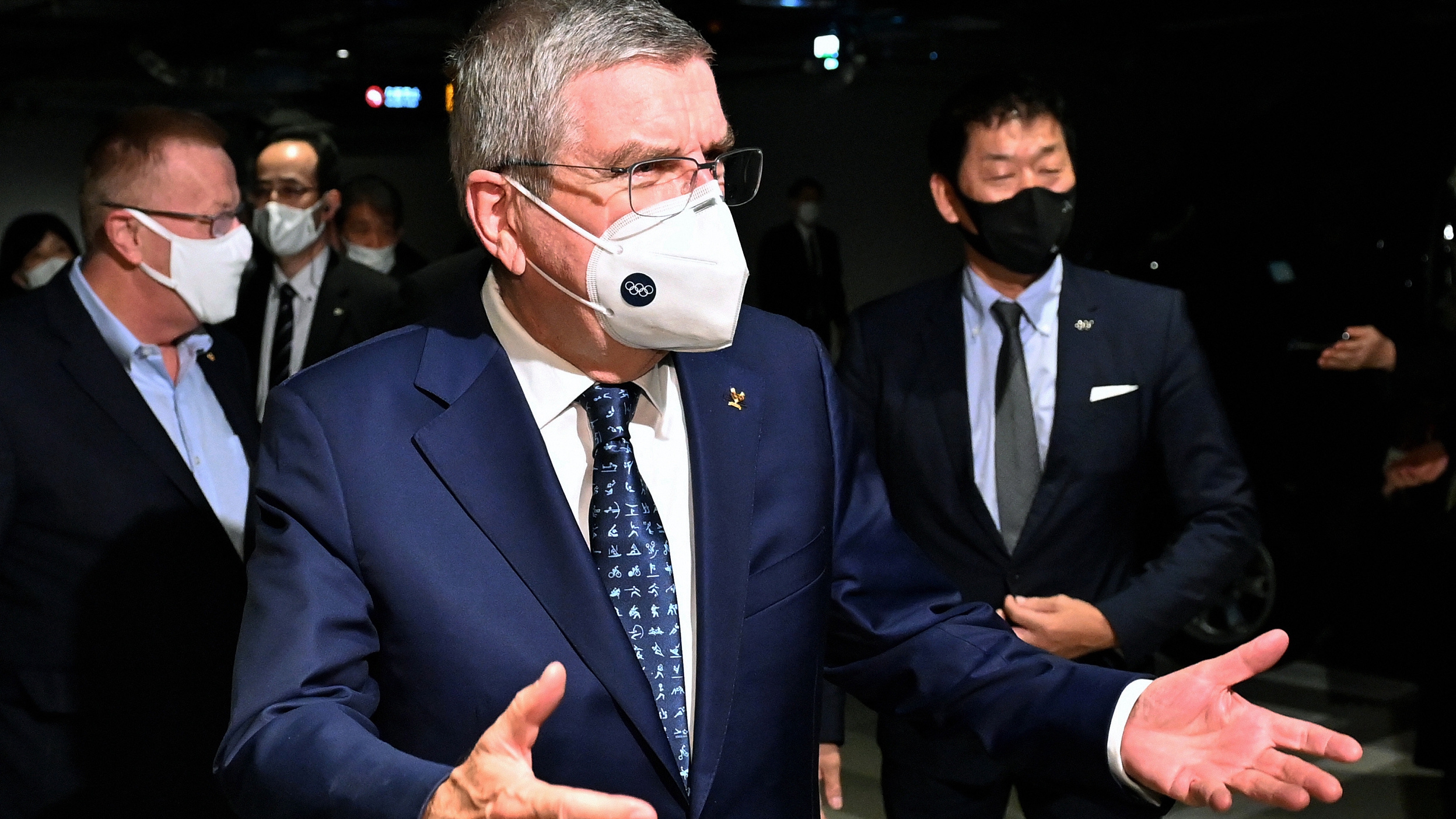 Bach, who arrived in Japan's capital on Sunday for a four-day visit, spoke to reporters after meeting with Japanese Prime Minister Yoshihide Suga, and said that sufficient countermeasures against COVID-19 made the IOC and organizers "very, very confident" to "have spectators in the Olympic stadia next year."

He added, "Together we can make this Olympic Games and the Olympic flame the light at the end of the tunnel."

Bach's long-awaited visit is a confidence booster for Olympic organizers, who are battling with a third wave of COVID-19. Japan reported 1,434 new cases on Sunday, including 255 in Tokyo. 243 people with severe symptoms were being treated in intensive care, according to Japan's state broadcaster NHK.

Suga, who took over as Japanese Prime Minister two months ago, assured Bach that Japan is "determined" to host the postponed Olympics as "proof that humanity has defeated the virus."

"I explained that we are making various considerations on the premise of having spectators and agreed with President Bach to work closely together toward realizing a safe and secure Olympics," Suga said after the meeting.

Bach was originally scheduled to visit Japan in May and attend the Olympic torch relay in Hiroshima but his visit was canceled amid a greater COVID-19 outbreak.