Tokyo 2020 can make further reductions to its budget, a top Olympic official said Tuesday, despite some sports associations voicing concerns that cost-cutting could harm the running of the Games. 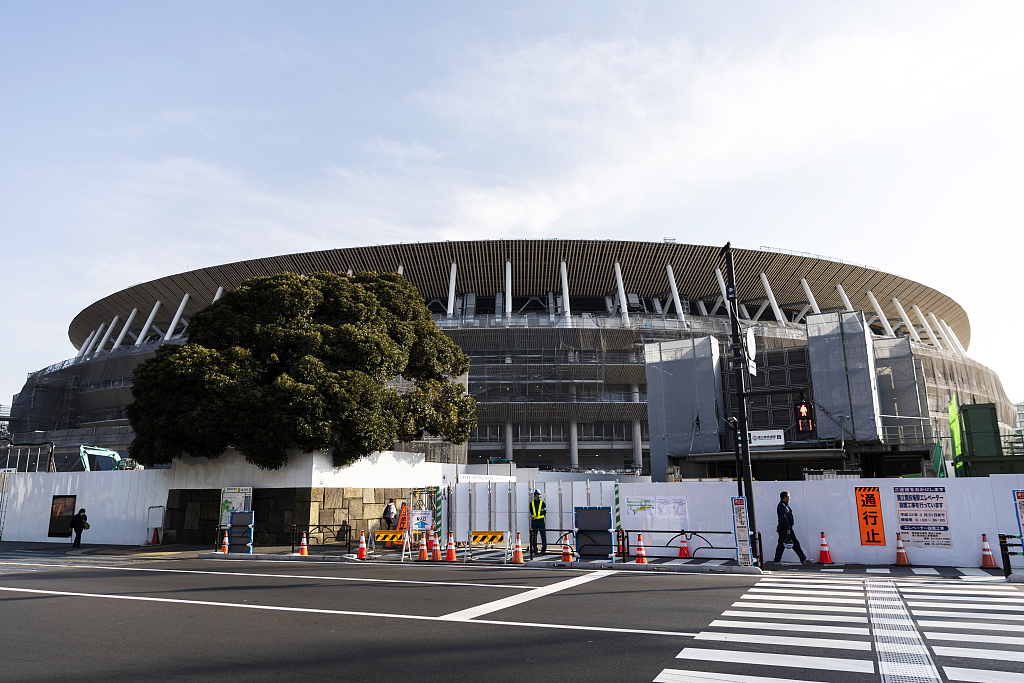 The New National Stadium, the main venue for the Tokyo 2020 Olympic and Paralympic Games, stands under construction in Tokyo, Japan, on March 20, 2019. (File photo: VCG)

"We appreciate your continued efforts to reduce the operational (budget) and other budgets," said John Coates, chairman of the IOC's coordination committee, at the start of a three-day visit to Tokyo.

He noted that $2.2 billion had been saved from the construction and infrastructure budget and $2 billion from the operational budget but insisted: "We think there are still more savings to be obtained."

Coates singled out the "overlay" budget for further cuts, which means money for temporary facilities such as pre-fabricated tents, seating and security fencing.

He said this had already been reduced from $2.1 billion to around $1.3 billion and added: "I think that together we can help you save some more money there."

"We want to be diligent... We do not want the taxpayers of Tokyo and Japan to be meeting any of these operational costs and I'm confident that will be the case," said Coates.

In December, Tokyo 2020 organisers unveiled the latest version of their budget, which stood at 1.35 trillion yen ($12.1 billion), unchanged from the previous budget released in 2017.

Organisers have admitted that measures to tackle the expected hot weather during the Tokyo summer -- such as water sprinklers and special heat-absorbing paint on roads -- have driven up the bill.

Measures like this have offset other savings the organisers have been trying to make.

However, the Tokyo 2020 organisers are also being squeezed in the other direction, with some sports federations fretting that budget cuts could impact the hosting of the Games.

Eight federations, including sailing, judo and tennis, expressed worries at a recent meeting of the Association of Summer Olympic International Federations (ASOIF) on the Gold Coast in Australia.

"There are concerns over cuts in accommodation, transport and venue upgrades," an ASOIF official told AFP at the time.

On Tuesday Coates acknowledged the concerns raised by the federations, but said: "We think that you have been working them through and we are confident you will be able to address them," adding that the issues raised would be under discussion during the IOC's visit to Tokyo.