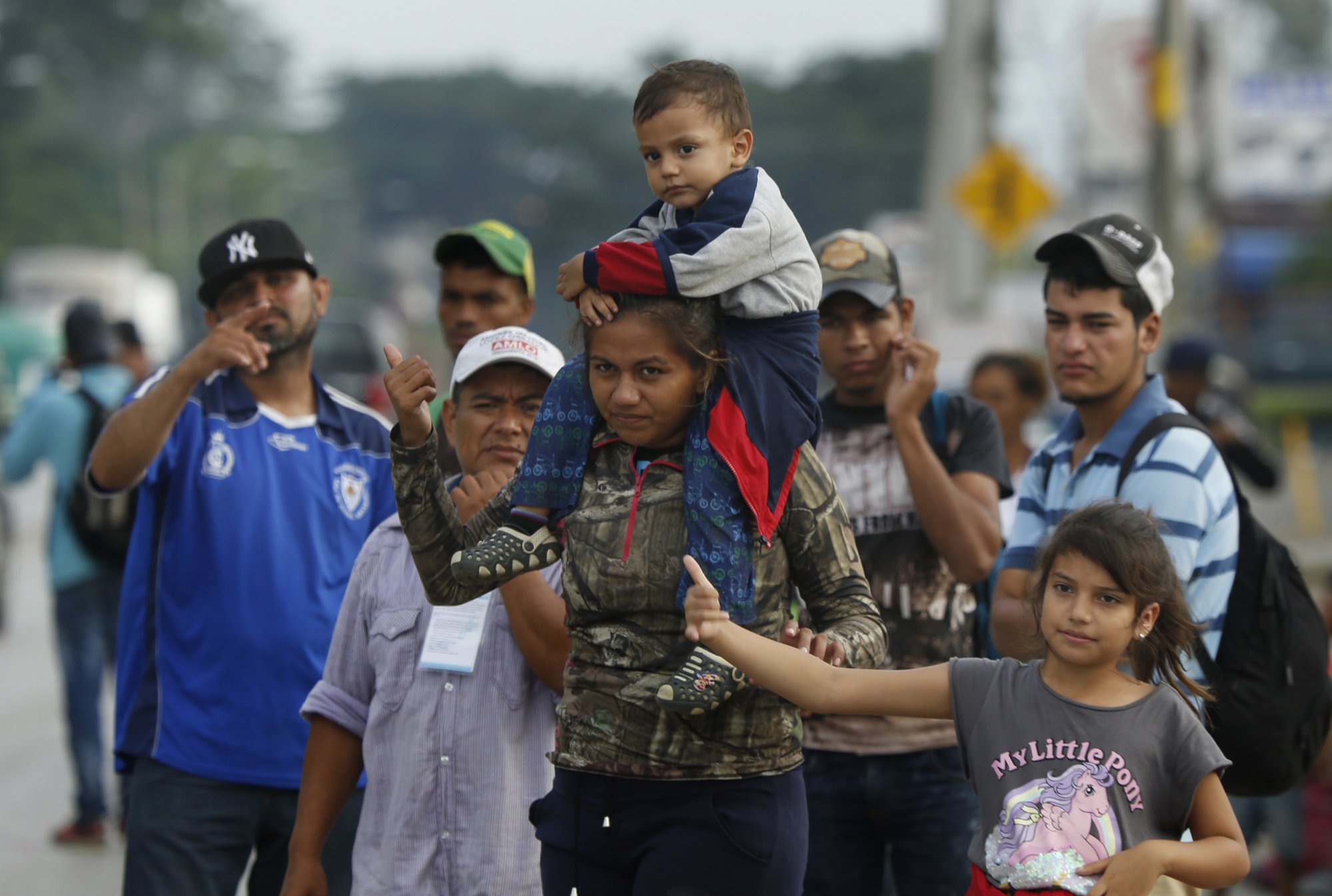 Central American migrants, part of the caravan hoping to reach the U.S. border, ask for a ride as they hitch hike in Donaji, Oaxaca state, Mexico, Friday, Nov. 2, 2018. (Photo: AP)

GENEVA, Nov. 2 (Xinhua) -- The UN migration agency, IOM, said Friday it will continue to assist and support migrant in caravans crossing Central America that are currently hundreds of miles from the United States.

IOM spokesperson Joel Millman said at a UN briefing here that the migration agency will continue its humanitarian support to the migrants whether they opt to seek asylum in Mexico or to return to their countries of origin.

The caravans are "a phenomenon that has gone on for many, many years," said Millman answering questions.

He was asked for reactions to comments quoted from US President Donald Trump who had described the caravans as "an invasion".

"Words like invasion are assuming it is a new phenomenon and I don't think anyone at IOM would share that view. I am pretty sure it has gone on for at least 10 years," said Millman.

"They (caravans) are nowhere near the border area; they are hundreds of miles away,"said the spokesperson, referring to their proximity to the United States.

Millman said that in the Siglo XXI Migratory Station of Tapachula, managed by the National Institute for Migration of Mexico, IOM and the Mexican Secretary of Foreign Affairs, have been supplying food and basic hygiene kits to over 1,500 migrants from the caravans seeking asylum in Mexico.

He cited the IOM chief of mission in Mexico, Christopher Gascon who said, "IOM maintains its position that the human rights and basic needs of all migrants must be respected, regardless of their migratory status".

"In coordination with UNHCR, we will continue to monitor the situation of the caravan counting on field staff, the Mexican Office of Assistance for Migrants and Refugees and partner NGOs, providing information regarding alternatives for regular and safe migration, as well as options for voluntary returns."