The chairman of the Iowa Democratic Party resigned Wednesday after the state's chaotic first-in-the-nation presidential nomination contest, calling the technology problems and questionable accuracy of the process "unacceptable." 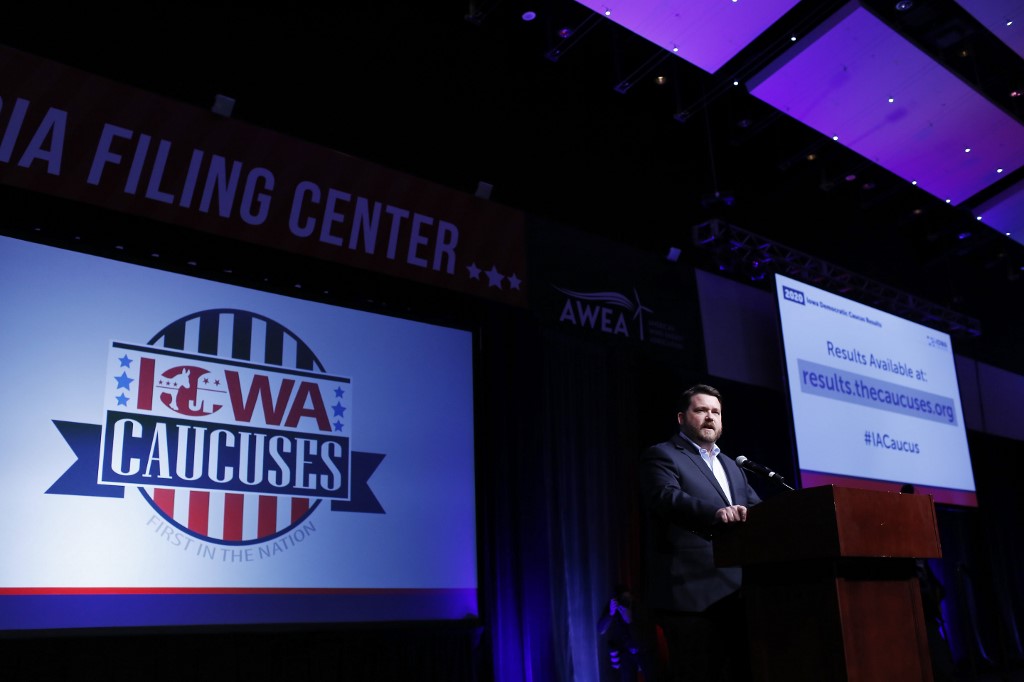 Pete Buttigieg ultimately won the Iowa caucuses two weeks ago, in a narrow victory over Bernie Sanders. But the delayed results were marred by multiple technical issues, and the Sanders campaign has asked for a "recanvassing" check of the vote.

In his resignation letter, Troy Price noted that "by all accounts, the precinct and satellite caucus meetings themselves went well."

"Democrats of all backgrounds came together united in the goal of defeating Donald Trump and electing new leadership for our country," he said.

"However, there is no doubt that the process of reporting results did not work. It was simply unacceptable."

"While it is my desire to stay in this role and see this process through to completion, I do believe it is time for the Iowa Democratic Party to begin looking forward," he wrote.

"My presence in my current role makes that more difficult."

Price nevertheless said the Iowa branch of the party was "not the only party to blame," mentioning the partners and vendors involved in the process.

On caucus night, people who support a given candidate literally stand together in part of a caucus site to show their support.

For the 2020 election cycle, Price and his party had implemented new rules that were supposed to ensure greater transparency and efficiency in the voting process.

A new app distributed to precinct officials was supposed to help them report results more quickly, but a "coding error" threw the process into complete disarray.

Although results from Iowa hand out only a tiny fraction of the 1,991 delegates needed to win the Democratic presidential nomination in July, the small state has traditionally been an important stepping stone on the long road to the White House -- a role that is now being questioned.