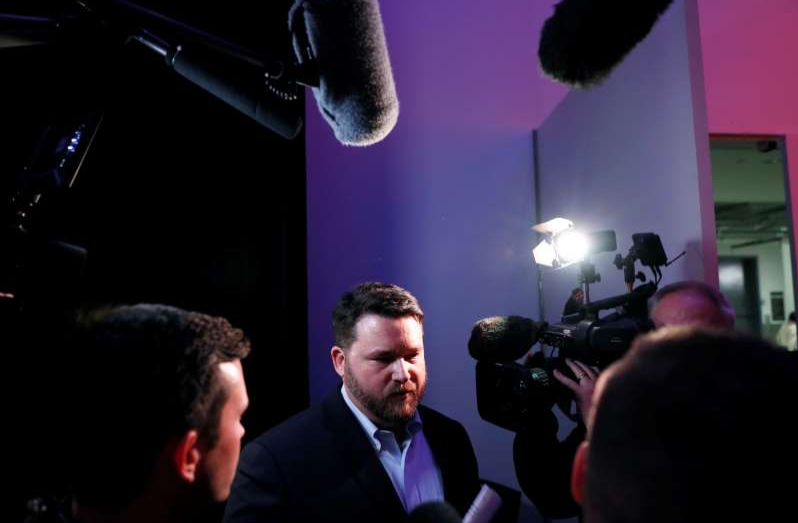 The Iowa Democratic Party extended until Monday a deadline for presidential candidates to request a review of the results of the Iowa presidential caucuses , following a caucus night debacle in collecting votes that led to a dayslong delay in reporting the results and inconsistencies in the numbers.

After a breakdown in tallying the results Monday evening, it took until Thursday for the state party, which operates the series of roughly 1,700 local meetings statewide, to issue what it said are complete results.

In those figures, released by the party late Thursday, former South Bend, Indiana, Mayor Pete Buttigieg leads Vermont Sen. Bernie Sanders by two state delegate equivalents out of 2,152 counted. That is a margin of 0.09 percentage points.

The Associated Press said Thursday it is unable to declare a winner in the first contest of the 2020 Democratic nominating campaign, based on the available information. The results as reported by the Iowa Democratic Party, the AP believes, may not be fully accurate.

The original date for presidential candidates to request a review of the results was midday Friday.

The breakdown in Iowa also exposed a rift between the state party and the Democratic National Committee, whose chairman Tom Perez asked the Iowa party to conduct a recanvass.

However, by party rules, only the candidates are allowed to request such a process.

Buttigieg campaign spokesman Chris Meagher told the AP in a text message that the campaign would not be requesting a recanvass of the Iowa results. Sanders' campaign officials did not immediately reply to a request for comment on a recanvass.

Buttigieg leaves Iowa with at least a tie for the most delegates to the party’s national convention, regardless of which candidate eventually wins the Iowa Democratic caucus. That's because his support was more consistent across the state than Sanders'. For example, Buttigieg won the most state delegate equivalents in three of Iowa’s four congressional districts. Sanders came in first in the other congressional district.

Buttigieg has won 13 national delegates in Iowa while Bernie Sanders has won 12, with one final delegate left undecided, according to the AP's delegate count. The last delegate will go to the winner, meaning Buttigieg can do no worse than finish in a tie for the lead as the race for the party’s nomination for president moves on to New Hampshire.

The Iowa Democratic Party will eventually determine which candidate wins the final national delegate, though the state party’s decision could be challenged at the Democratic National Convention this summer.

Following Buttigieg and Sanders, Elizabeth Warren got eight delegates, Joe Biden got six and Amy Klobuchar got one.