WORLD Iowa disaster shows a decline in US democratic regime

Iowa disaster shows a decline in US democratic regime 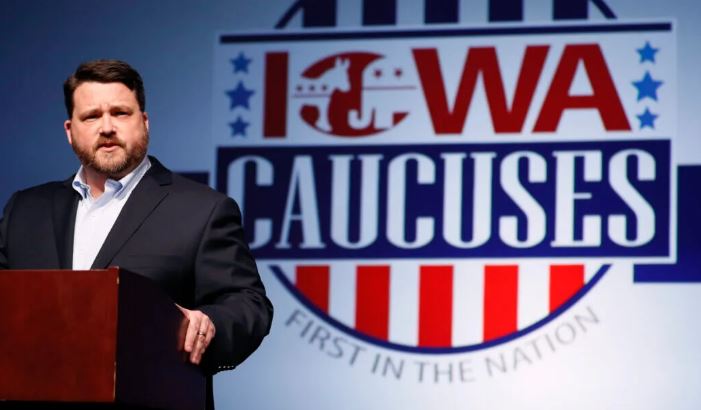 Washington (People’s Daily) -- Two days passed and even by Wednesday afternoon, the Iowa Democratic Party had yet to release full results from Monday night’s caucuses. The chaotic delay in declaring a winner in the Iowa caucuses is being blamed, in part, on a smartphone app introduced just weeks before the election to report results.

For the first time ever, precinct chairs in the Iowa caucuses were asked to use a product called IowaReporterApp to report data instead of phoning in results, reportedly to streamline the process and get results more quickly.

The app was developed by a company called Shadow. It was reportedly built in the last two months on a budget of about $60,000, according to Iowa FEC data. Experts say this is a relatively low budget and recklessly fast timeline for an app set to be used in a high-stakes scenario like an election.

Even without this flawed app, Iowa's counting process is also extremely complicated to process. Unlike in previous years, Iowa caucus sites this year had to report two counts—a “first alignment,” which reflects how many people had each candidate as a first choice, and a “second alignment,” reflecting the results after supporters of candidates below the 15 percent threshold moved to their second choice. This may have made tallying more difficult and would have added complexity and muddied the result even if it weren’t for the technical failure.

“The Democrat Caucus is an unmitigated disaster. Nothing works, just like they ran the country,” US President Donald Trump tweeted on Tuesday. “A systemwide disaster,” said Derek Eadon, a former Iowa Democratic Party chairman.

Only a quarter of nearly 1,700 precinct chairs successfully downloaded the app, according to a Democrat familiar with the matter. On Monday night, a “coding issue” caused only partial data to be reported by the 1,700 caucus sites throughout Iowa.

Because the Democratic party had relied almost entirely on the app to report data, its backup method of phone-in reporting was not well-staffed, and thus some precinct chairs reported wait times of hours just to call in results. The party had to recount votes from the paper backups initially used to record results, causing a nearly 48-hour delay.

Amid Monday’s chaos, there were conflicting candidate speeches declaring various degrees of victory, as the Sanders campaign released its own set of favorable partial results, and multiple campaigns hoped that the mess would not lessen the eventual impact of what they said appeared to be a disappointing first test for Joe Biden.

The Wall-Street Journal commented that there’s no shortage of mordant fun to be had at the expense of the Democratic National Committee and Iowa Democratic Party after the fiasco of the inaugural 2020 presidential contest. The college of cardinals at least lets the world know with white or black smoke how the vote for pope is going.

One irony is that while Senator Sanders can capitalize on anger at the Democratic establishment, that very anger may have contributed to the mess. Sanders’ supporters cried foul after Hillary Clinton beat their candidate in 2016 and demanded rules to make the caucuses more “transparent.” The Wall-Street Journal concluded that it is a reminder that changing electoral systems to satisfy populist demands should be done with care, because the unintended consequences can further undermine their legitimacy.

“The Iowa disaster wasn’t a temporary speed bump in America’s freeway of exceptionalism, but was a dramatic example of our democratic decline,” Will Bunch, a national opinion columnist wrote in the Philadelphia Inquirer. He said, it was also a stark reminder that rushing to bring 21st century technology to voting — usually to politically wired bidders — has been an abject failure, prone to both the mundane reality of breakdowns and the very real fear of hacking by bad actors.

We have lost all faith in the very foundation of the American experiment — our elections. That has made it easy and, frankly, understandable for conspiracy theories to flourish online. “So, yes, Iowa was an unmitigated disaster, but it can also be a wake-up call, a turning point. It’s been clear for some time that many of the hallmarks of democracy in these United States are anything but, and yet we’ve been too afraid to make radical changes. Tradition is a powerful drug, and America’s political institutions are even worse than Major League Baseball when it comes to strangling themselves with the cloak of history. The modern Iowa Caucus freak show has only existed since 1976, and yet we treat it as an ancient sacrament,” Bunch wrote.