WORLD Iran commander: 'I wish I could die' - as Ukraine demands investigation

Iran commander: 'I wish I could die' - as Ukraine demands investigation

Iran's military has said it "unintentionally" shot down a Ukrainian passenger jet. 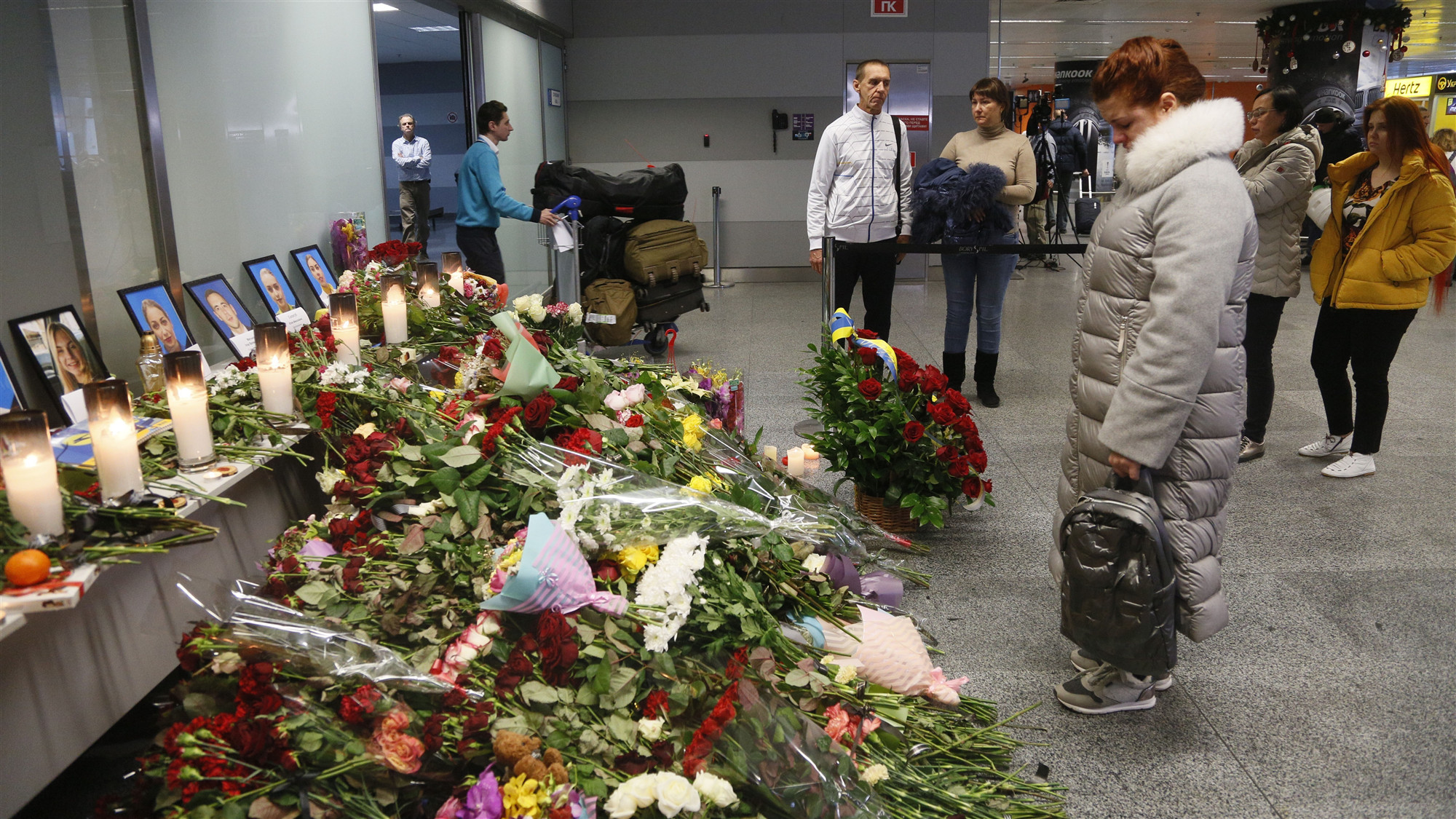 The plane was bound for Kyiv when it came down shortly after take-off in Tehran, killing all 176 people on board.

A senior Iranian Revolutionary Guards commander said on Saturday that he knew a missile had brought down a plane the same day it happened and accepted full responsibility, saying his force had acted in error while on alert for "all-out war."

"I wish I could die and not witness such an accident," the head of the Guards' aerospace division, Amirali Hajizadeh, said on state television.

Iran initially denied it shot down the aircraft in the tense aftermath of Iranian missile strikes on US troops in Iraq. It came after months of friction with the United States.

Ukraine's President Volodymyr Zelensky has called for a full and thorough investigation, and for those responsible to be held accountable.

The Ukrainian prosecutor general's office also said on Saturday it is investigating possible willful killing and aircraft destruction in its probe of the crash.

At Boryspil International Airport in Kyiv, a memorial has been set up for those who lost their lives on board.

There was a spontaneous outpouring of grief and photos spread on the floor beneath hundreds of flowers and candles.

The head of Ukraine International Airlines (UIA) gave an emotional news conference at the airport on Saturday, saying passenger safety was always a top priority, and at no point was there any warning of any threat to their aircraft.

Yevhenii Dykhne said that the Iranian authorities had an obligation to close the airport to avoid the tragedy.

The incident has shocked the public in Ukraine, and for many, it has recalled bitter memories of another flight - MH17- which was also downed by an anti-aircraft missile over Ukrainian territory in 2014.

One member of the public told CGTN: "I think it's terrible, horrible and sad. I think that we, and the whole world, need to do something about this."

Ukraine maintains diplomatic relations with both Iran and the United States.

The fallout has undoubtedly placed Ukraine in a difficult political position – but for now, the focus is on public mourning and supporting the many people affected by this international tragedy.

Many world leaders have been expressing their condolences.

On Saturday German chancellor Angela Merkel said those responsible for shooting down Ukraine Airlines Flight 752 should be held accountable. Merkel described Tehran's announcement that it had mistakenly shot down a Ukrainian passenger plane as "an important step".

She repeated calls for all parties involved to continue the implementation of the Iranian nuclear accord after Iran announced it would be abandoning limitations on enriching uranium, taking a further step back from commitments to the 2015 nuclear deal known as the Joint Comprehensive Plan of Action (JCPOA), of which both Russia and Germany are signatories.

"We agreed that we should do anything to preserve the deal, the JCPOA. Germany is convinced that Iran should not acquire or have nuclear weapons," Merkel said.

"For this reason we will continue to employ all diplomatic means to keep this agreement alive, which is certainly not perfect but it is an agreement and it comprises commitments by all sides."

UK Prime Minister Boris Johnson echoed Merkel's sentiments on Iran's admission being an "important first step." He went on to say that the accidental shooting down of the jet reinforced the importance of de-escalating tensions in the Middle East.