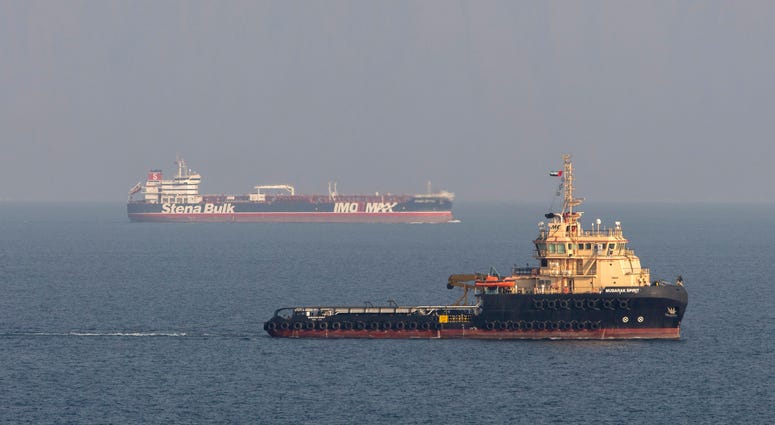 In this image taken from aboard a Royal Navy Wildcat helicopter patrolling the Gulf as part of the International Maritime Security Construct, shows the MV Stena Impero, background, as it sails from the port at Bandar Abbas, Iran, after being released by Iranian officials Friday Sept. 27, 2019. (File photo: AP)

The United States on Wednesday imposed sanctions on five Iranian ship captains who had delivered oil to Venezuela. "As a result of today's sanctions, these captains' assets will be blocked. Their careers and prospects will suffer from this designation," the U.S. Secretary of State Mike Pompeo said on Wednesday.

He warned any mariners against doing business with the government of Venezuelan President Nicolas Maduro.

Mousavi described the sanctions as another "desperate" move by the U.S. against Iranian individuals, and a sign of the "miserable failure" of the Trump administration's pressure policy.