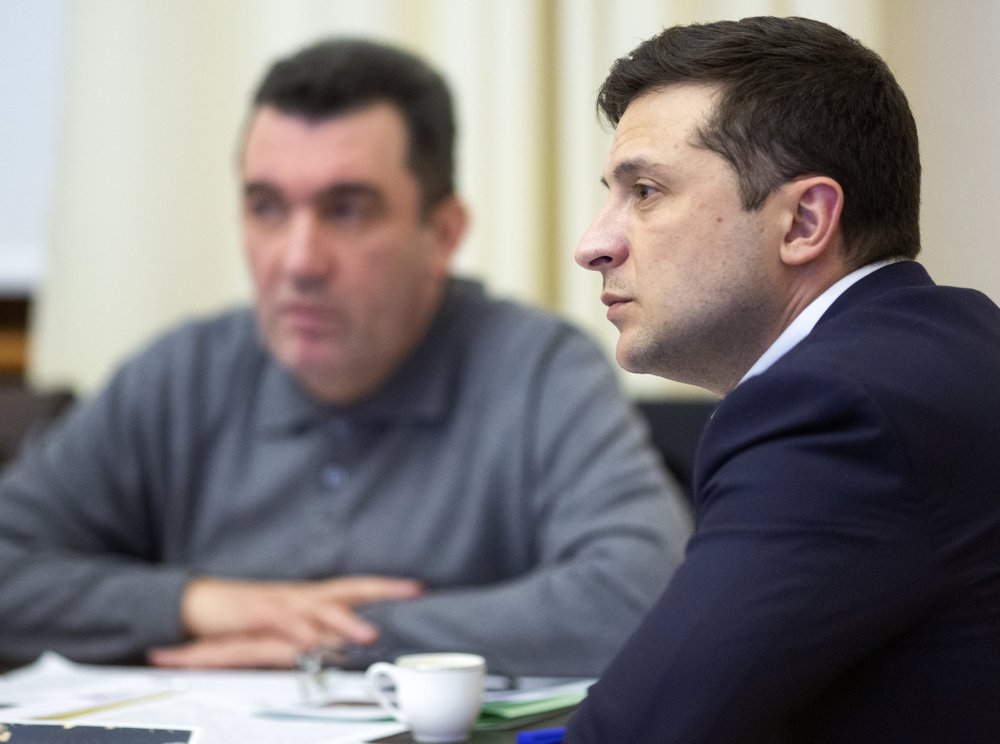 As allegations swirl and denials clash over what caused the fatal crash of a Ukrainian airliner in Iran this week, Ukraine’s president is caught in the middle.

President Volodymyr Zelenskiy on Friday appealed to Western countries to present evidence for their claims a day earlier that an Iranian anti-aircraft missile downed the plane, killing all 176 people on board.

If that made Zelenskiy sound uninformed amid strident claims from all sides, he also appeared to be following an astute strategy for damage control. Ukraine knows all too well how an air catastrophe can stir up a maelstrom of rumors and disinformation.

The plane crash Wednesday near Tehran is the third time in 20 years that Ukraine has been linked to the violent destruction of a civilian plane, allegedly or demonstrably due to a missile strike. In each case, denials, unfounded speculation, and political posturing clouded the search for the truth.

And the crisis has erupted as Ukraine — under the new leadership of a man with no political experience — is already entangled in other international and US political disputes.

Zelenskiy has found himself mired in the turmoil around President Donald Trump’s impeachment, which is based on allegations that Trump tried to pressure Ukraine into investigating Democratic opponent Joe Biden.

Trump and his Republican political allies have pushed an opposing narrative that he wanted to investigate corruption in Ukraine, and by extension, that Ukraine, not just Russia, interfered in the 2016 US elections.

The first airline disaster to ensnare Ukraine was on Oct. 4, 2001, when a Russian airliner disappeared over the Black Sea en route from Israel carrying 78 people. Coming just a few weeks after the 9/11 attacks in the United States, speculation on the cause initially focused on terrorism.

Within a day, US officials said the plane likely was hit accidentally by a Ukrainian anti-aircraft missile fired during military exercises.

Both Ukraine and Russia initially rejected that claim. But the rejection by Russian President Vladimir Putin was based on what he had been told by Ukraine — at that time a Russian ally — and Ukraine several weeks later acknowledged that it was at fault.

The incident, and Ukraine’s denials and incorrect claims, were a significant embarrassment to the country, which fired its air defense chief and paid more than $15 million in compensation to victims’ families.

A Malaysian Airlines jet was shot down on July 17, 2014, over eastern Ukraine where Ukrainian forces were at war with Russian-backed separatists. All 298 people aboard died.

Although much suspicion initially fell on the separatists, bolstered by a reported claim by a rebel commander that a Ukrainian plane was shot down at the same time, Russian officials and Russian news media quickly launched an array of competing theories.

One of them focused on a man who supposedly was a Spanish air traffic controller at Kyiv’s Boryspil airport who said on Twitter that his radar screen had spotted two Ukrainian military jets near the Malaysian plane shortly before it went down. That dovetailed with an alleged theory that Ukrainian forces had mistaken the airliner for one carrying Putin.

The most vividly gruesome of the reports was a claim that the Malaysian plane had been filled with corpses before takeoff, then sent to its doom.

On-the-ground investigative work to establish what happened was obstructed by the rebels, who did not give investigators full access to the crash site for days. Experts later abandoned the on-site work for several weeks because of concerns about their safety.

Nearly a year later, Russian arms-maker Almaz-Antey confirmed that the plane had been shot down by a Soviet-designed surface-to-air missile, but claimed that particular model was used only by the Ukrainian military.

Investigations led by the Netherlands — the flight originated in Amsterdam and more than half the victims were Dutch — concluded that the plane was shot down from rebel-controlled territory and that the mobile missile launcher used had been brought into Ukraine from Russia on the day of the attack.

Russia and the rebels continue to deny involvement in the downing. A trial is scheduled to start in March in the Netherlands of four suspects — three Russians and one Ukrainian — in the MH-17 downing, although none is expected to be handed over to face the court.

The Iran crash this week took place amid fears of imminent war between the United States and Iran after a US drone strike killed an Iranian military mastermind and Iran launched retaliatory missile strikes.

Zelenskiy and Ukraine may be facing a similarly sensitive and obstinate government to the country — Russia — confronted over the 2014 downing. Although Ukrainian investigators are in Iran, their access to the crash site was delayed until Friday. Iran is promising cooperation but still rejects reports that one of its missiles hit the plane.

Russia, which has close relations with Iran, appears to be taking a cautious stance. Russian officials have refrained from commenting on the claims that Iran was responsible, and pro-Kremlin lawmakers have been divided on the issue.

“There are no grounds for making vociferous statements at this stage,” Russian Deputy Foreign Minister Sergei Ryabkov said Friday. “It is important to allow specialists to analyze the situation and make conclusions. Starting some kind of game is, at the very least, indecent.”

The catastrophe is a complex stew for Zelenskiy, who took office less than eight months ago with no prior political experience. His call for evidence in the plane crash and avoidance of strong claims could be the hesitancy of a novice, but it has so far prevented a smoldering crisis from bursting into open flames.