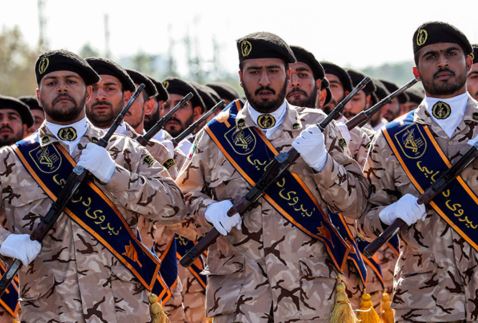 In this file photo taken on September 22, 2018 members of Iran's Revolutionary Guard Corps (IRGC) march during the annual military parade marking the anniversary of the outbreak of the devastating 1980-1988 war with Saddam Hussein's Iraq, in the capital Tehran. (Photo: AFP)

TEHRAN, June 11 (Xinhua) -- Iran's Islamic Revolution Guards Corps (IRGC) dismissed as "fake" the reports that a number of its top commanders have either fled the country or have been arrested, Tehran Times daily reported on Tuesday.

Ramazan Sharif, spokesman for the IRGC, described the recent news as part of a series of anti-Iran measures which began with the US designation of the IRGC as a "foreign terrorist organization" in early April.

The US move has united Iranians in support of the IRGC, Sharif was quoted as saying.