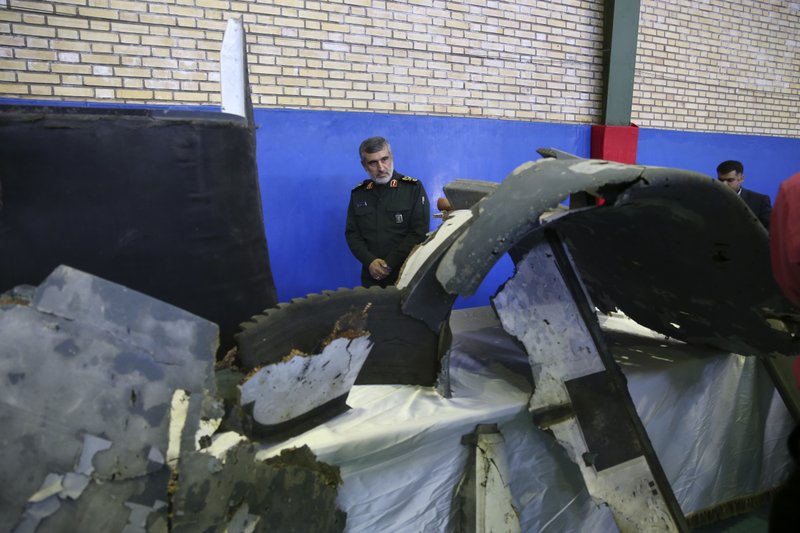 Head of the Revolutionary Guard's aerospace division Gen. Amir Ali Hajizadeh looks at debris from what the division describes as the US drone which was shot down on Thursday, in Tehran, Iran, Friday, June 21, 2019. (Photo: AP)

"The United States has sent no letter to Iran through Oman," SNSC spokesman Keivan Khosravi was quoted as saying.

"This issue is not true at all," he said.

Earlier on the day, western media reported that "Tehran had received a message from President Trump warning that a US attack on Iran was imminent, but he was against war and wanted talks on a range of issues."

The message, said to be delivered through Oman overnight on Thursday, came shortly after the New York Times said Trump had approved military strikes against Iran before dawn Friday in response to the downing of a US drone by Iran the day earlier, but Trump pulled back from launching attack at the last minute.