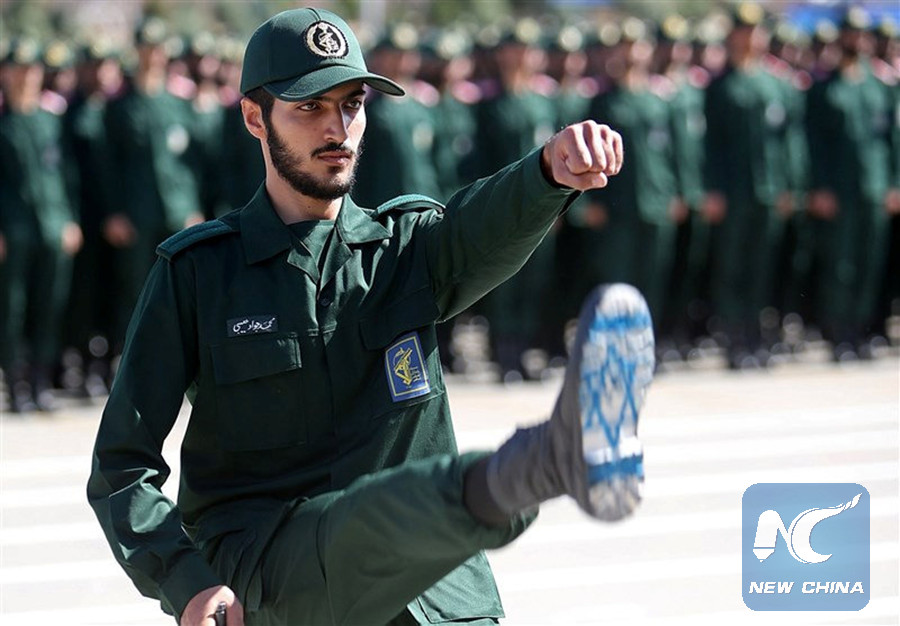 An Iranian military officer, with an Israeli flag drawn on his boots, marches during the graduation ceremony held for cadets in a military academy, in Tehran, Iran, on June 30, 2018. (Photo: Xinhua /  Reuters)

The Iranian Foreign Ministry on Monday dismissed reports that Iran is in Russia-backed negotiations with Israel as a "joke."

Such stories "are not true" as Iran's foreign policy vis-a-vis Israel is obvious for the world, foreign Ministry Spokesman Bahram Qassemi said.

Iran does not officially recognize Israel as a state and has cut diplomatic ties with Israel since the victory of Islamic revolution in 1979.

On Friday, Kuwaiti newspaper Al-Jarida reported that Moscow is mediating indirect talks between Tehran and Tel Aviv over Iran's nuclear program and its presence in Syria.