Iran 'does not seek confrontation,' says FM after tanker seizure 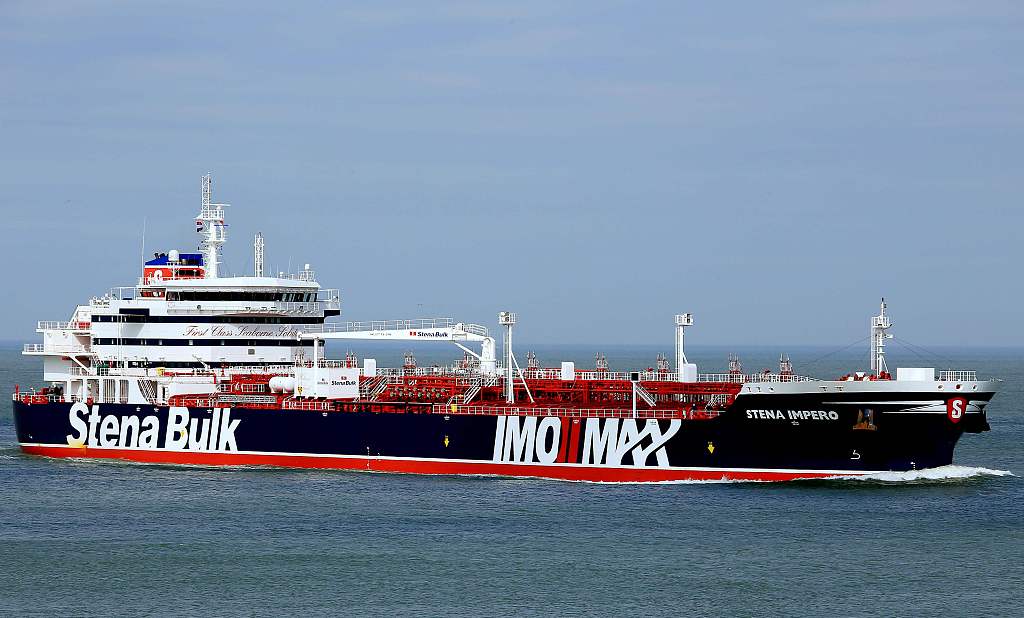 This handout photo made available on July 20, 2019, shows the Stena Impero, a British-flagged tanker, off the coast of Europoort in Rotterdam on April 3, 2018. (File photo: VCG)

"It is very important for Boris Johnson as he enters 10 Downing Street to understand that Iran does not seek confrontation, that Iran wants normal relations based on mutual respect," Zarif told reporters in Managua.

Zarif was responding to a question about whether he had a message for Johnson, the favorite to be named the new leader of Britain's Tory party on Tuesday, who would then take over from Theresa May as Prime Minister on Wednesday.

Britain has demanded that Iran release a UK-flagged tanker seized in the Gulf on Friday.

That came two weeks after British authorities seized an Iranian tanker off Gibraltar on suspicion of it breaching sanctions against Syria.

Zarif claimed that move by Britain was orchestrated by the United States, whose President Donald Trump on Monday blasted the Islamic republic as the world's top "state of terror."

"It was clear from the very beginning that the United Kingdom was doing the bidding for the Trump administration," said Zarif.

"What the Brits did and what the Gibraltar authorities did in the Strait of Gibraltar was a violation of international law. It was piracy."

British Foreign Minister Jeremy Hunt, the man fighting Johnson to be the next British PM, said at the weekend that London wanted to "de-escalate" tensions with Iran but insisted that the Grace 1 tanker was seized because "it was carrying oil, against EU sanctions, to Syria."

Zarif described those allegations as "unfounded" and accused the British of acting "holier than the Pope" in applying rules the "EU itself would not do."

"Everybody understands that starting a conflict may be easy, but ending it would be impossible," he said.

Hunt told the British parliament Monday he would seek to "put together a European-led maritime protection mission" for Gulf shipping.

Zarif arrived in Nicaragua on Sunday following a meeting in Venezuela of the Non-Aligned Movement.

Like Iran, the governments of Venezuela and Nicaragua are subject to US sanctions.