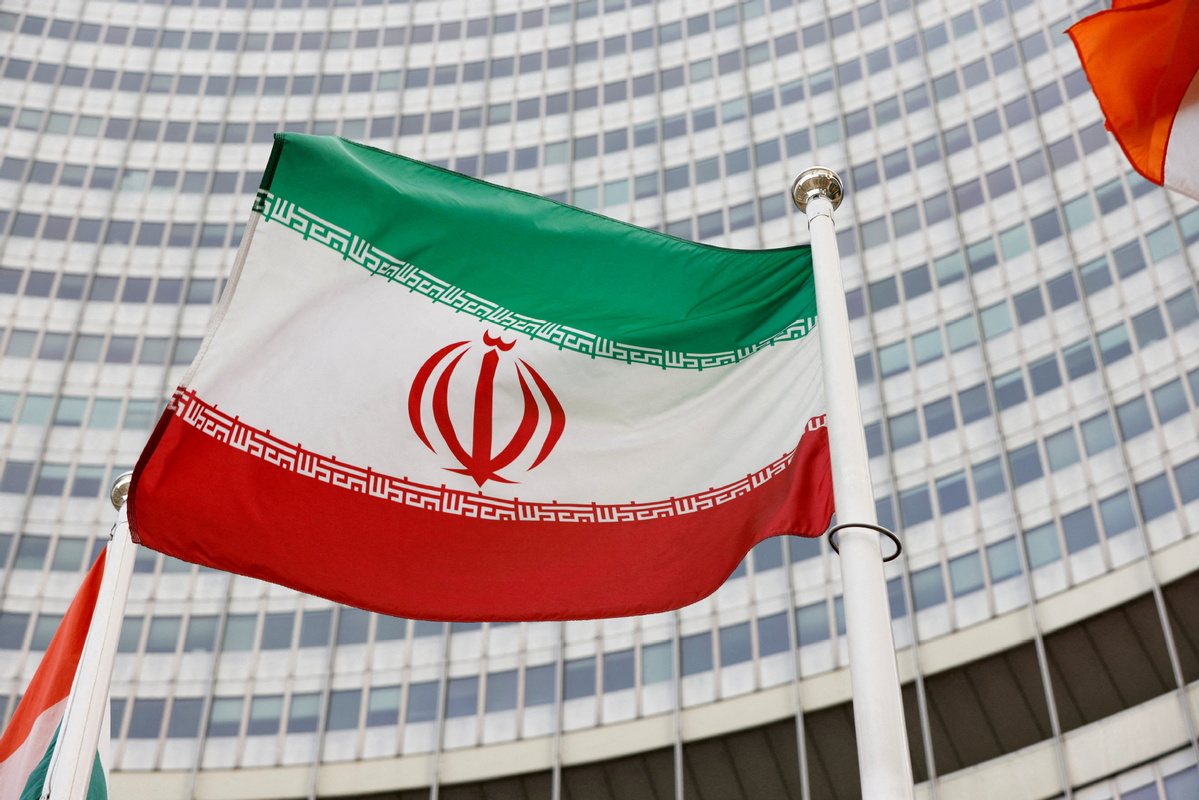 The Iranian flag waves in front of the International Atomic Energy Agency (IAEA) headquarters in Vienna, Austria May 23, 2021. (Photo: Agencies)

TEHRAN, June 25 (Xinhua) -- Iran and the European Union announced here on Saturday the resumption of indirect negotiations between Iran and the United States in the coming days to revive the Iranian nuclear pact.

The top EU diplomat told reporters that "talks between Iran, the United States and the EU will not take place in Vienna because they will not be in the P4+1 format," referring to Britain, China, France, Russia and Germany.

The talks "will probably take place somewhere closer to the Gulf and more specifically in a Gulf state," he added.

"We are expected to resume talks in the coming days and break the impasse. It has been three months and we need to accelerate the work. I am very happy about the decision that has been made in Tehran and Washington," said Borrell.

For his part, Amir-Abdollahian said that he had detailed, in-depth talks on Iran's demands with Borrell, adding "we are ready to resume negotiations in the coming days."

The economic benefit of the Iranian people from the Joint Comprehensive Plan of Action (JCPOA) is important to the Iranian government and any issue that fails to secure Iran's economic interests will not be acceptable to the government of President Ebrahim Raisi, he noted.

"We will try to resolve the problems and differences that exist in the course of the talks that will resume soon," he said, expressing the hope that the American side will take "realistic and fair action this time" in a run for a possible agreement.

Shamkhani said "while fulfilling all our obligations in JCPOA, we have never left the negotiating table."

An agreement that does not secure the lifting of "illegal" anti-Iran sanctions and does not guarantee lasting economic interests has no benefits for Iran, he noted.

Iran signed the JCPOA with the world powers in July 2015 accepting to put some curbs on its nuclear program in return for the removal of the sanctions on Tehran. However, former U.S. President Donald Trump pulled the United States out of the agreement in May 2018 and reimposed Washington's unilateral sanctions on Tehran, prompting Iran to reduce some of its nuclear commitments under the agreement in retaliation.

Since April 2021, eight rounds of talks have been held in Vienna between Iran and the remaining JCPOA parties to revive the agreement. However, the talks have been suspended since March when it was believed to be only a step away from a final agreement, raising deep concerns about their prospect.