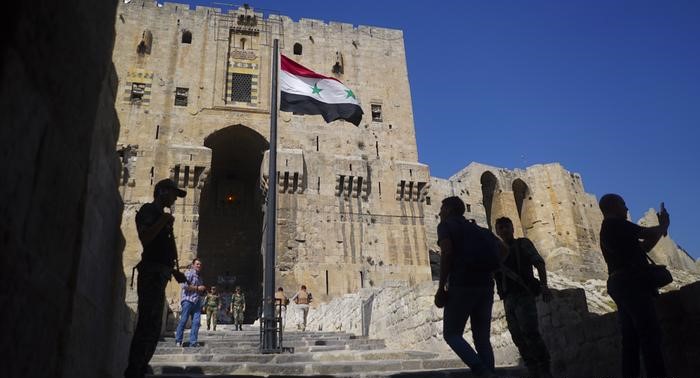 The Iranian official offered his congratulations to Senemaud for his new post as the French president's special envoy for Syria.

In their meeting held in the capital Tehran on Saturday evening, the two sides reviewed efforts to politically resolve the protracted war in Syria.

Jaberi Ansari said that since the beginning of the Syrian civil war, Tehran has insisted that the crisis has no military solution.

He pointed to a number of key steps as means to settle the existing issues in Syria including facilitation of return of Syrian refugees, establishment of Syria's constitutional reform committee as well as the committee for exchanging prisoners and missing civilians.

Senemaud hailed Iran as a major country and regional power that plays an important role in restoring stability to Syria and the political process to resolve the Arab country's crisis, according to the report.

He expressed his country's readiness for cooperation with Iran in finding a political solution to the crisis.

Israel has launched attacks against Iran to prevent it from establishing a presence in Syria.

However, Iran has ruled out calls of Western countries to withdraw its military advisors from Syria.