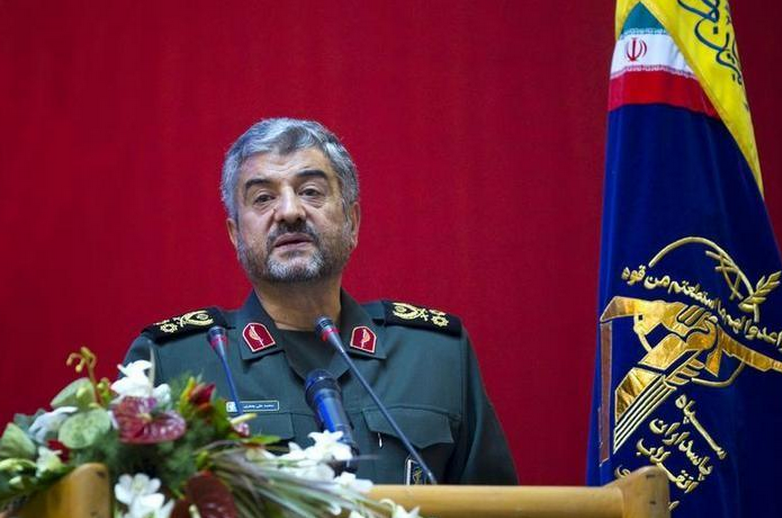 Iran’s Revolutionary Guards are ready to help rebuild Syria and bring about a lasting “ceasefire” there, chief commander Mohammad Ali Jafari said, adding that disarming Lebanon’s Hezbollah is out of the question, state TV reported on Thursday.

Saudi Arabia has accused the heavily armed Iran-backed Hezbollah of helping Houthi forces in Yemen and playing a role in a ballistic missile attack on the kingdom earlier this month. Iran and Hezbollah both denied the claims.

Iranian state television quoted Jafari as saying: “Hezbollah must be armed to fight against the enemy of the Lebanese nation which is Israel. Naturally they should have the best weapons to protect Lebanon’s security. This issue is non-negotiable.”

Iran denies giving financial and military support to the Houthis in the struggle for Yemen, blaming the deepening crisis on Riyadh. “Iran only provides advisory and spiritual assistances to Yemen ... and this help will continue,” he said.

Jafari also praised the success of Iranian allies across the region, hailing a “resistance front” from Tehran to Beirut and calling on Riyadh to avoid confronting this grouping.

“We directly deal with global arrogance and Israel not with their emissaries... That is why we do not want to have direct confrontation with Saudi Arabia,” he said. The term global arrogance refers to the United States.

Leaders of Russia, Turkey and Iran agreed on Wednesday to help support a full-scale political process in Syria and announced an agreement to sponsor a conference in the Russian Black Sea resort of Sochi to try to end Syria’s civil war.

“The guards are ready to play an active role in establishing a lasting ceasefire in Syria ... and reconstruction of the country,” Jafari said.

“In meetings with the (Iran) government, it was agreed that the Guards were in a better position to help Syria’s reconstruction ... the preliminary talks already have been held with the Syrian government over the issue,” Jafari said

Jafari repeated Iran’s stance on its disputed ballistic missile work, saying the Islamic Republic’s missile program is for defensive purposes and not up for negotiation.

The program was not part of the 2015 nuclear deal with Western powers under which Iran agreed to curb its nuclear program in exchange for the lifting of some sanctions.

“Iran will not negotiate its defensive program ... there will be no talks about it,” he said.

“(French president Emmanuel) Macron’s remarks over our missile work is because he is young and inexperienced.”

Macron said earlier this month that Tehran should be less aggressive in the region and should clarify the strategy around its ballistic missile program.