TEHRAN, Feb. 21 (Xinhua) -- A temporary agreement was reached on Sunday in Iran's capital Tehran between the Atomic Energy Organization of Iran (AEOI) and the International Atomic Energy Agency (IAEA) to continue "essential verification" for up to three months. 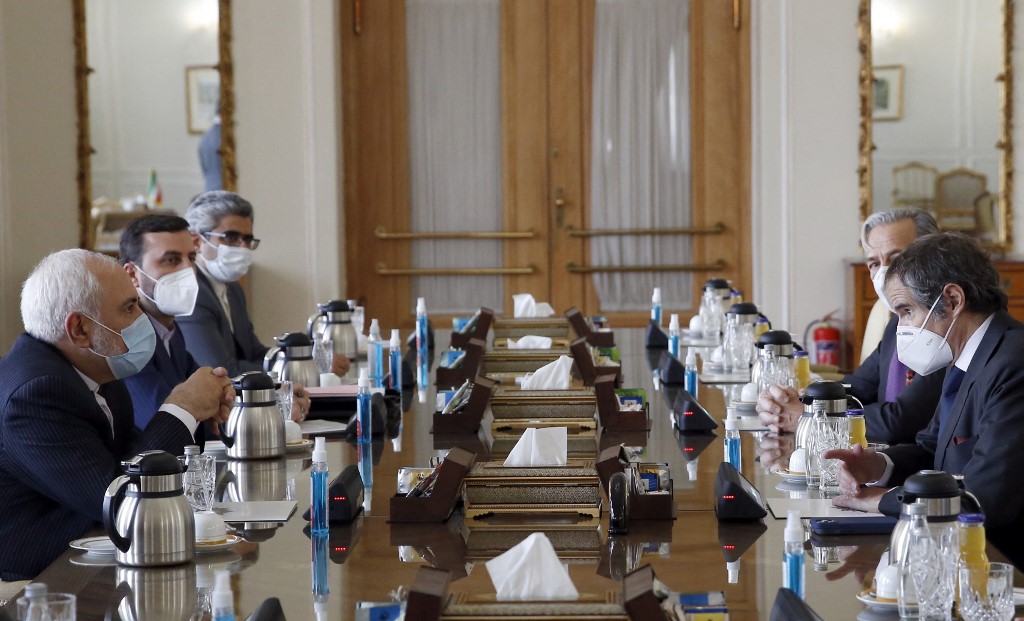 The agreement was announced shortly before midnight in a joint statement by the AEOI head Ali Akbar Salehi and the IAEA Director General Rafael Grossi published on the AEOI's official website, after a one-day visit of Grossi to Tehran.

The joint statement acknowledges that Iran will on Feb. 23 halt voluntary measures set on the 2015 international agreement over the Iranian nuclear program, formally known as the Joint Comprehensive Plan of Action (JCPOA).

The Feb. 23 deadline is imposed by the Strategic Action Plan to Counter Sanctions (SAPCS), a law passed in December 2020 by the Iranian parliament that mandates the Iranian government to stop implementing the IAEA's Additional Protocol if sanctions on Iran that should be lifted under JCPOA continue to be in place by the date.

For the IAEA to continue its verification tasks in this context, the AEOI and the IAEA have agreed that the AEOI will "continue to implement fully and without restrictions" its safeguards agreement with the IAEA, according to the joint statement.

A "temporary technical agreement compatible with the (SAPCS) law" has been reached, under which the IAEA will continue its "essential verification and oversight activities ... for up to three months," the statement said.

The AEOI and the IAEA have also agreed to "regularly review" the technical agreement to ensure its goals are achieved, it added.

The agreement was made public after intensive talks in Tehran between Salehi and Grossi who also met Iranian Foreign Minister Mohammad Javad Zarif during his visit.

The IAEA chief said in a statement on Friday that the aim of his visit to Tehran was to find a "mutually agreeable solution" for the UN agency to continue to carry out its verification work under the JCPOA.

U.S. President Joe Biden has rejected his predecessor Donald Trump's Iran policy of "maximum pressure" only in words, but in practice he is following the same course of action so far, Zarif said.

Tehran and Washington have been engaged in an apparent diplomatic stalemate for weeks over which side should be the first to take effective action to revive the JCPOA.