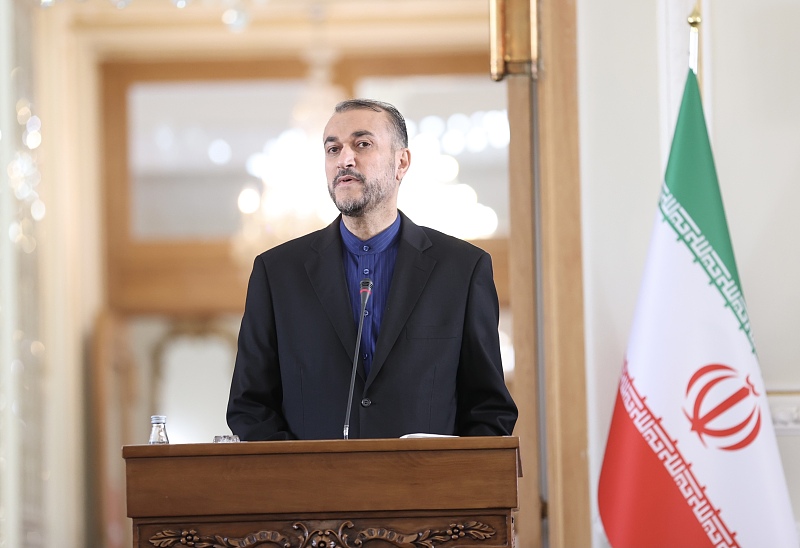 The Iranian Foreign Ministry on Wednesday imposed sanctions on a number of British institutes and individuals for "supporting terrorism and terrorist groups, promoting and instigating terrorism, violence and hate-mongering and violation of human rights."

The ministry issued a statement on its website saying the move was made within the framework of the related legal regulations and sanction mechanisms as well as a "response in kind."

"Iran holds the British government responsible and accountable for supporting terrorists and violators of human rights who organize and instigate rioting and acts of terrorism in Iran from UK soil," said the statement.

The sanctions will prohibit the targeted individuals from obtaining visas and entering Iran and will freeze their assets and bank accounts inside Iran.

Earlier in the day, Iranian Foreign Minister Hossein Amir-Abdollahian said they will target people and institutes that have played a role in imposing medical sanctions on Iran and promoting "violence and extremism," which have caused insecurity in the country following the death of 22-year-old Mahsa Amini.

On October 10, Britain placed sanctions on senior Iranian security officials and the "Morality Police," saying the force had used threats of detention and violence to control what Iranian women wear and how they behave in public.