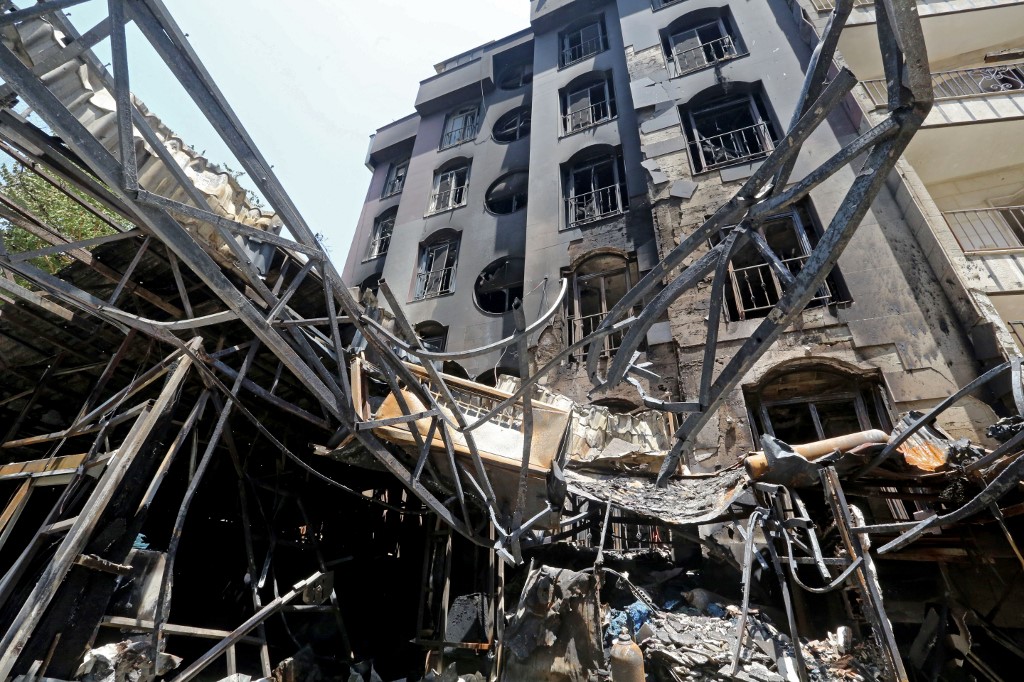 File photo: A picture taken on July 1, 2020, shows a view of the site of an explosion at the Sina At'har health centre in the upmarket northern neighbourhood of Tajrish in the capital Tehran. (Photo: AFP)

The blast struck on the Razi industrial estate in Shahreza county and was caused by a welder working on an oil tank, local crisis management chief Mansour Shishehforoush told IRNA.

"There was no oil inside the tank, but the welding caused the gas built up in it to explode."

Firefighters later brought the blaze under control, IRNA said, adding that Razi is "one of the largest chemical production industrial zones" in Iran.

There has been a spate of fires and explosions at military and civilian sites across Iran since June.