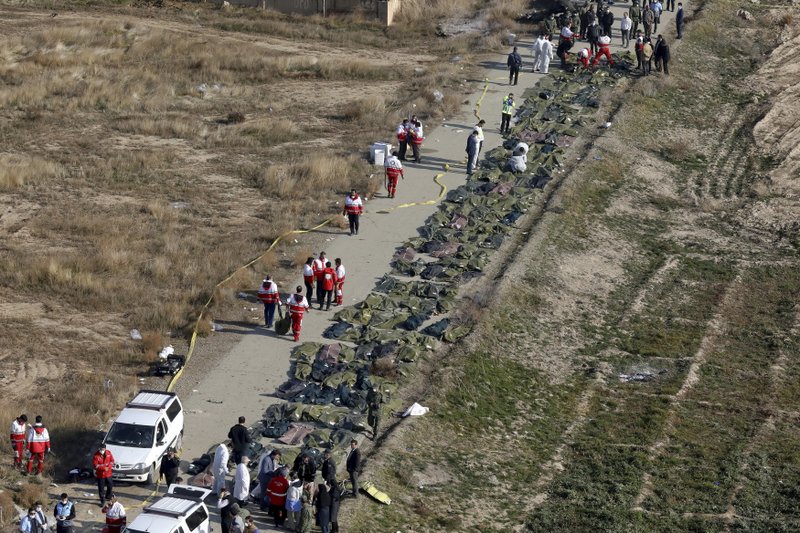 Bodies of the victims of a Ukrainian plane crash are collected by rescue team at the scene of the crash in Shahedshahr, southwest of the capital Tehran, Iran, Wednesday, Jan. 8, 2020. (Photo: AP)

Iran investigators say crew of Ukrainian jetliner that crashed never made a radio call for help and were trying to turn back to the airport when the plane went down.

The crash of the Ukrainian jetliner Wednesday killed 176 people.