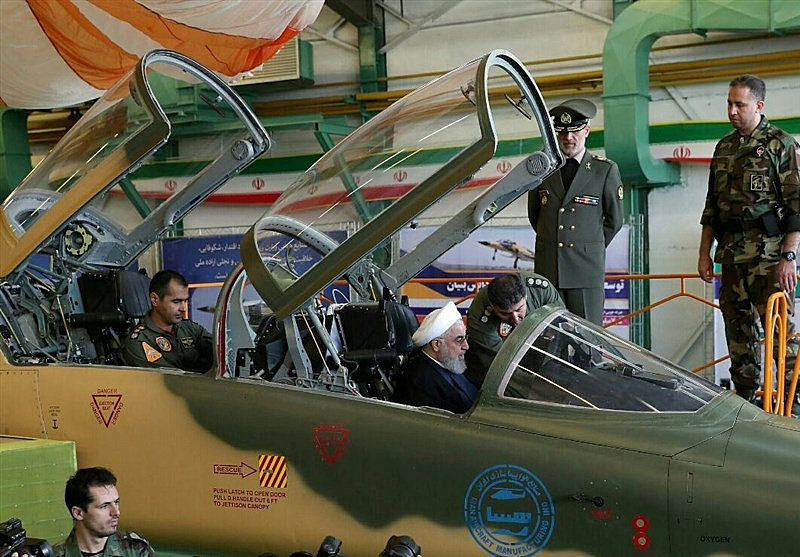 The jet, unveiled on National Defense Day in August, is equipped with "advanced avionics and fire control systems" and capable of carrying various weapons, which can be used for short aerial support missions.

The jet has an advanced radar system, enabling it to detect enemy targets. It is also equipped with a head-up display, which promotes precision targeting.

According to Press TV, Iran's Defense Minister Brigadier General Amir Hatami said on Saturday that "soon, the needed number of this plane will be produced and put at the service of the Air Force."

Hatami said that the project has satisfied one of the most vital needs of the country's military aviation industry.

Kowsar is "the very symbol of fighting the (global) arrogance and standing against the excessive demands of ... the United States," he was quoted as saying.

"The enemies' psychological warfare, propagandist blackmail, and economic sanctions" had no effect on the lively trend of advancing the country's deterrent capabilities, he stressed.