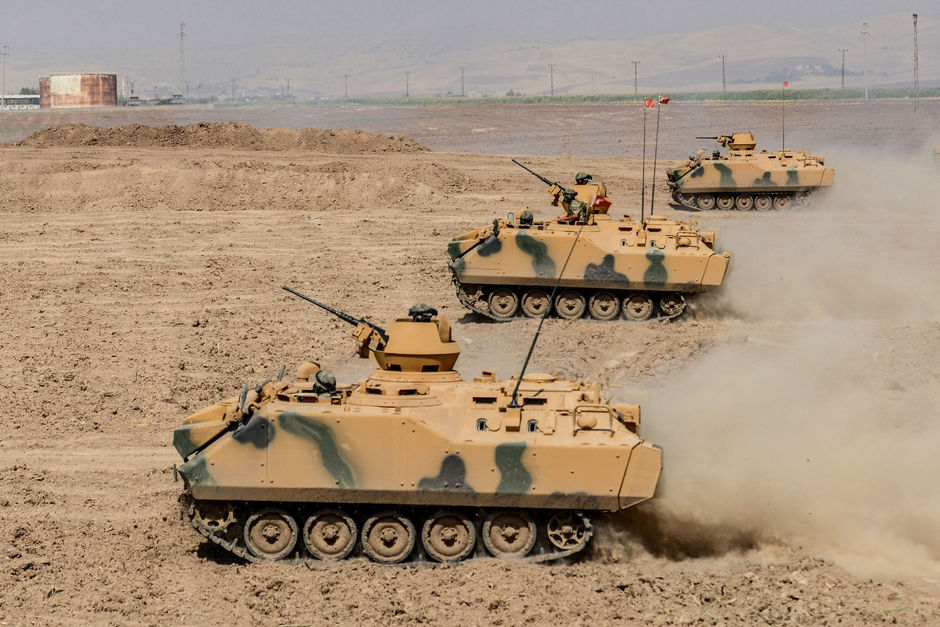 Soldier ride armoured vehicles near the Habur crossing gate between Turkey and Iraq during a military drill on September 27, 2017 in the Silopi district, southeast Turkey. (File photo: AFP)

The military exercise is held in Iran's northwestern province of West Azarbaijan near the common border with Turkey.

The drill involves rapid reaction units, mobile and offense brigades, and helicopters from the Army Ground Force's airborne unit, according to the report.

The exercise is aimed at evaluating the combat preparedness of army units and their mobility and agility in the battlefield, said the report.