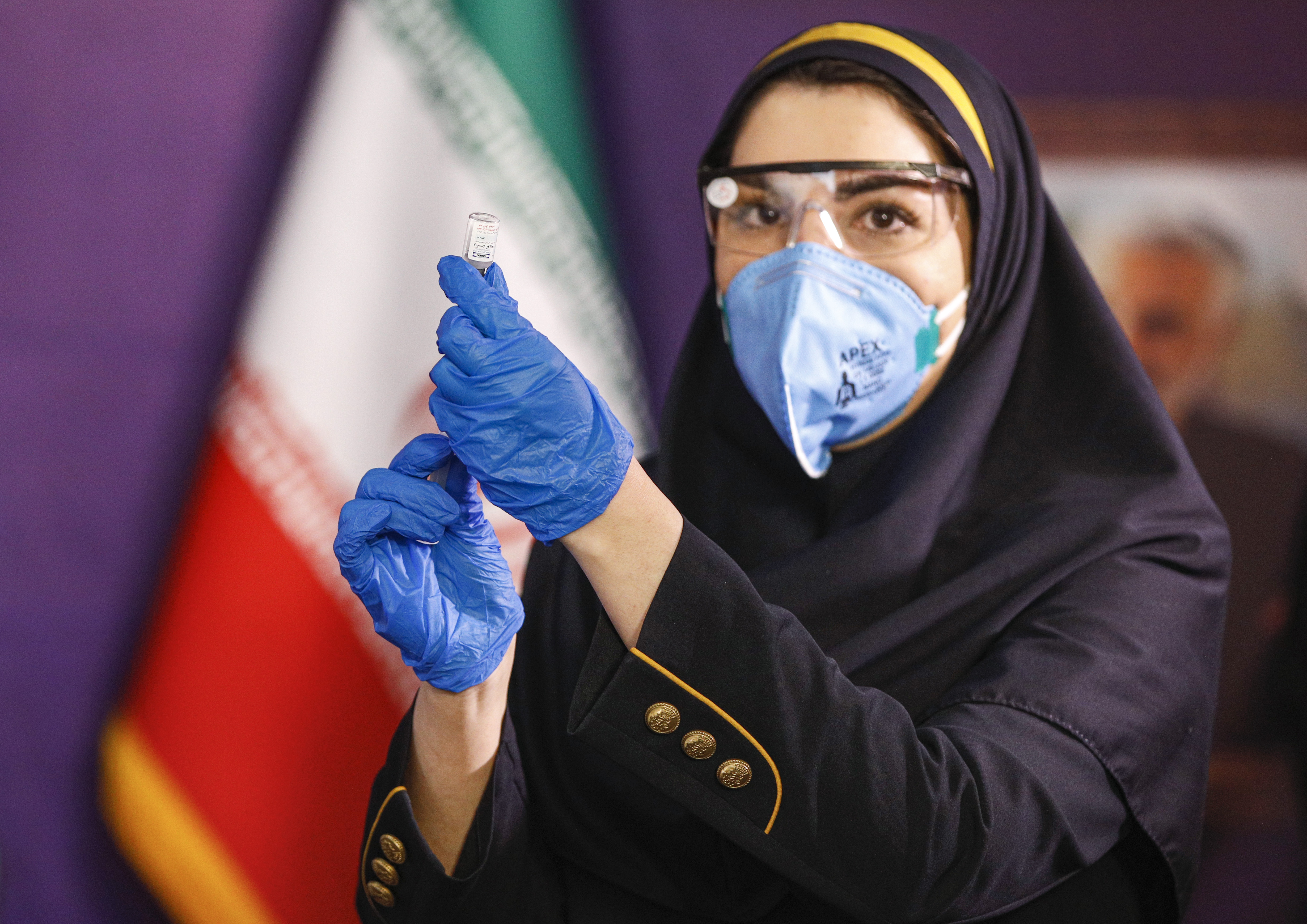 A health worker prepares an injection for a woman during the first trial phase of a locally-made Iranian vaccine for COVID-19 coronavirus disease in Iran's capital Tehran on December 29, 2020. (Photo: AFP)

Iran launched Tuesday the first phase of a clinical trial of a vaccine developed in the Islamic Republic, the region's country hardest hit by the pandemic, state television reported.

"The first vaccine against the coronavirus, developed by Iranian researchers, has been unveiled by injecting three people," the public broadcaster said.

The novel coronavirus has killed nearly 55,000 out of more than 1.2 million people infected in Iran, according to health ministry data.

Iran has accused arch enemy the United States of hampering its access to vaccines through its tough sanctions regime. While food and medicine are technically exempt, international banks tend to refuse transactions involving Iran.

President Hassan Rouhani on Saturday said Washington had demanded that Tehran pay for the drugs through US banks and said he feared the United States would seize the money.

State television on Tuesday broadcast images at the trial launch showing two men and one woman receiving injections in the presence of the health minister and the Iranian vice-president in charge of science and technology.

It said the vaccine project was funded by the a state-run conglomerate whose president is appointed by the Iranian supreme leader, called the Execution of Imam Khomeini's Order or EIKO.

The state TV report said the three volunteers were the daughter of the president of EIKO and two high-ranking officials of the conglomerate.

The vaccine will be administered to "56 volunteers" in two doses two weeks apart, according to Iribnews, the state television site, quoting a person in charge of developing the drug.

The result would be announced 28 days after the second injection, it said.

Another Iranian vaccine, developed at the country's Razi Institute, "will receive authorisation" for the start of human trials "in the very near future," said Health Minister Saeed Namaki.

Namaki early this month said Iran had "pre-purchased" about 16.8 million vaccine doses via Covax, the mechanism for the equitable distribution of vaccines established by the UN World Health Organisation.