Iran: missiles fired at Iraqi air base housing US troops 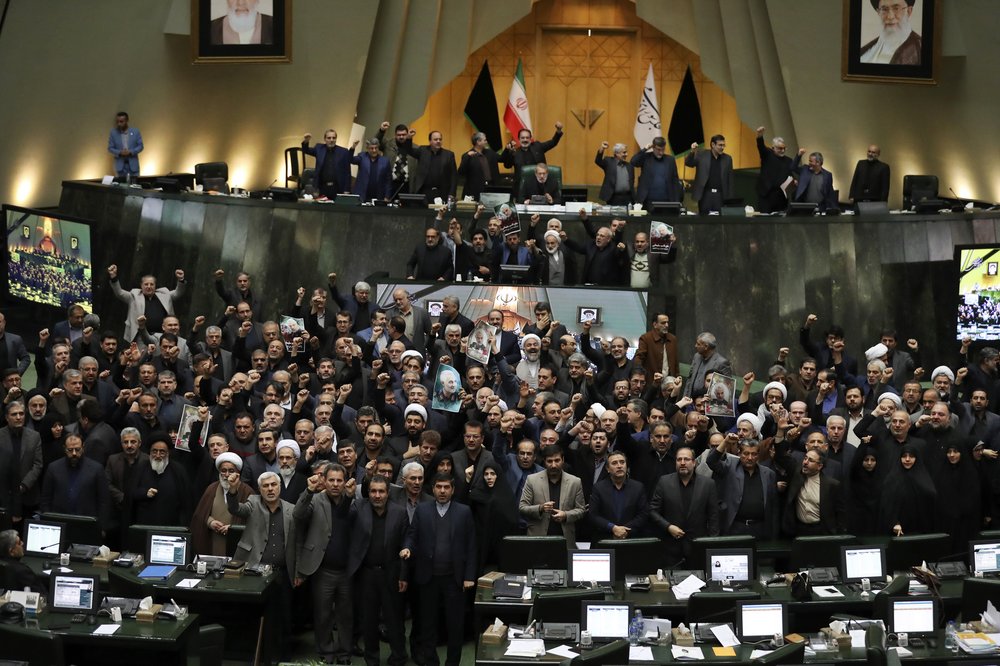 Iranian lawmakers chant slogans as some of them hold posters of Gen. Qassem Soleimani, who was killed in Iraq in a US drone attack, in an open session of parliament, in Tehran, Iran, Tuesday, Jan. 7, 2020. (Photo: AP)

Video footage released by the Islamic Republic of Iran Broadcasting reportedly shows rockets launched at Ain al-Asad airbase, a US military installation in Iraq. The attack on the Iraqi airbase in the country's west, where US and coalition forces are based, comes after pro-Tehran factions in Iraq vowed to "respond" to a US drone strike that killed Iranian general Qasem Soleimani in Baghdad last week. (Video source: AFP)

US forces could not be immediately reached for comment.

Ain Assad air base is located in Iraq’s western Anbar province. It was first used by American forces after the 2003 US-led invasion that toppled dictator Saddam Hussein. It later saw American troops stationed there amid the fight against the Islamic State group in Iraq and Syria.