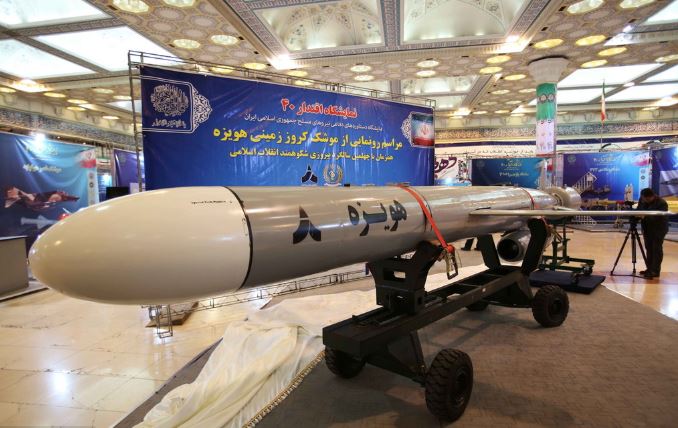 Navy Commander Rear Admiral Hossein Khanzadi said the Iranian submarines will be equipped with the missile, the range of which will be improved "substantially" in the future.

He said that the weapon will allow the Iranian navy to hit targets across long ranges.

The missile "will surely be a serious surprise for the enemy," he said without detailing on the specifications of the weapon.

Earlier on the day, the Iranian navy, in an exhibition in the capital Tehran, unveiled a homegrown vertical takeoff and landing (VTOL) naval drone, named Pelican-2.

Equipped with four motors for vertical movement and a powerful propeller, the drone can take off from the cruising warships for patrol and reconnaissance missions.

The Iranian drone can land and float on water in an emergency. The Iranian navy has deployed Pelican-2 on naval fleets in international waters.

Also, Iran navy displayed an Inertial Navigation System (INS) used for detection and navigation of submarines below the surface, where the conventional GPS system is not applicable.