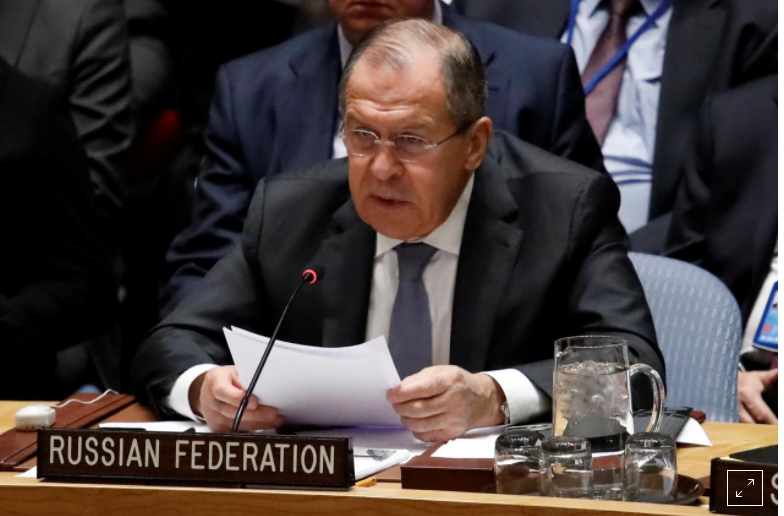 Russian Foreign Minister Sergei Lavrov said on Friday the Iran nuclear deal cannot survive if the United States pulls out of the agreement.

US President Donald Trump said a week ago that European allies and Congress have to work with him to fix “the disastrous flaws” in the nuclear pact or face a US exit. Trump wants it strengthened with a separate agreement within 120 days.

“This agreement cannot be implemented if one of the participants unilaterally steps out of it. It will fall apart, there will be no deal then,” Lavrov told reporters at the United Nations in New York.

Lavrov said he believed the United States was “going to try to convince the European states to take the same position that Washington has taken.”

Most UN and Western sanctions on Iran were lifted two years ago under the 2015 nuclear deal between Tehran and key world powers, which is enshrined in a United Nations Security Council resolution.

“It cannot keep alive in a re-negotiated form, especially regarding the demands by the United States. It would not be acceptable for Iran and it is clear now, I believe, that the Europeans do understand this danger right now,” Lavrov said.

Iranian Foreign Minister Mohammad Javad Zarif has said the deal was not renegotiable.